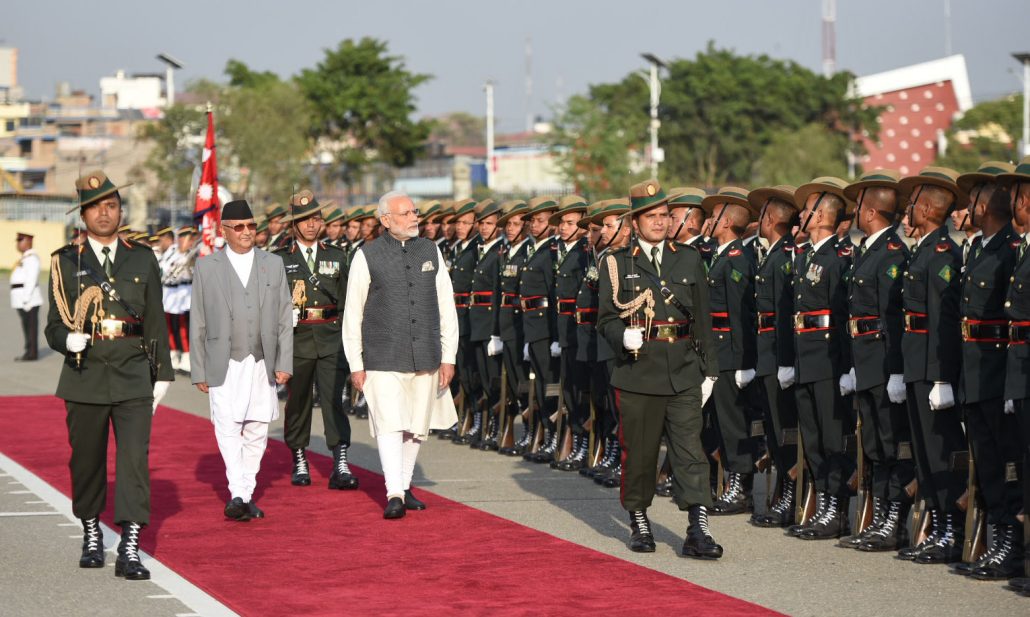 In a bid to mend ties with its Himalayan neighbour, Prime Minister Narendra Modi on Friday launched the Janakpur-Ayodhya bus service besides pledging Rs 100 crore aid to develop Janakpur city.

Visiting Nepal for the first time since the 2015 border blockade blamed on India crippled Nepal’s economy; Modi — calling himself a pilgrim — said his government gave top priority to relations with Kathmandu under his Neighbourhood First Policy.

He later held talks with Nepal President Bidhya Devi Bhandari where the two leaders renewed their commitment to take their relations to new heights.

The Indian leader kicked off his visit through Janakpur where he performed special prayers with his Nepali counterpart K.P. Sharma Oli at the Ram Janaki temple. Then they inaugurated the “Ramayan Circuit” to promote tourism in Nepal and India.

“This will act as a foundation for strong people-to-people ties between our two countries,” Modi said. The circuit is a part of Modi’s vision to build a 650-km connectivity project.

Modi told Oli that he was honoured “to be received you the way you welcomed me here”.

“Mere Bhai, this welcome is an honour to all Indian citizens,” Modi said. This is Modi’s third visit to Nepal since he became Prime Minister in 2014.

The Indian leader described his visit as “that of a pilgrim rather than as a Prime Minister” and participated in the civic reception bestowed upon him by Janakpur Sub-Metropolitan City at the Rangabhumi Maidan. He was felicitated with a garland weighing 121 kg and a key to Janakpur city.

He began his speech in Maithali language followed by Bhojpuri and Nepali. He completed the rest of his address in Hindi. “Without Nepal, India’s faith, belief and history are incomplete. Our ‘Dhaam’ is incomplete and Ram is also incomplete.”

Modi announced assistance of Rs 100 crore for the development of Janakpur and said it will be added in the Ramayana Circuit while Lumbini will be included in the Buddhist Circuit.  He said the two sides can work on 5Ts — Tradition, Trade, Tourism, Technology and Transport.