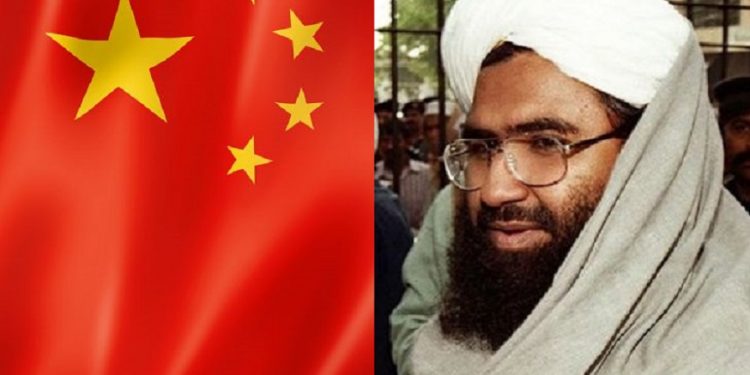 India’s foreign secretary Vijay Gokhale arrived here on Sunday to hold talks with China’s State Councillor and the country’s top diplomat, Wang Yi, in which the vexed issue of blacklisting Pakistan-based terrorist Masood Azhar at the UN panel is likely to figure.

Gokhale is scheduled to hold regular consultation on Monday with Wang, who is also the Chinese Foreign Minister.

His visit comes at a time when the Chinese are under intense pressure to declare Azhar an international terrorist, who is wanted in India for plotting dastardly attacks.

China is Pakistan’s closest ally and has put a “technical hold” on a resolution against Azhar each time it has been moved by India, the US, Britain and France at the UN 1267 sanctions committee.

The top Indian diplomat is visiting China the same week when Beijing holds the second edition of the Belt and Road forum, which New Delhi is highly likely to skip over the issue of sovereignty and territorial integrity.

The issues of Beijing shielding Azhar and India opposing China’s ambitious connectivity project have put a strain on the Sino-Indian ties.

China’s repeated blocking of all the resolutions seeking a ban on Azhar has frustrated New Delhi, which calls itself a victim of terrorism emanating from Pakistan.

This has angered Beijing which says the US bypassing the 1267 panel will complicate matters when “positive progress” on the issue has already been made.

Washington’s move has put Beijing in a bind as it might have to explain its stance at the UN Security Council if it vetoes the resolution. At the UN 1267 committee, a member can do so without explaining.

Besides, it is also to be seen if India’s opposition to the Belt and Road forum will figure in the talks.

India is likely to skip for the second straight year China’s Belt and Road forum, a mega event that Beijing claims will be attended by the heads of 37 countries and over 100 international organisations.

The Belt and Road is a trillion-dollar project that aims to connect Asia, Africa and Europe through a network of highways, sea lanes and ports.