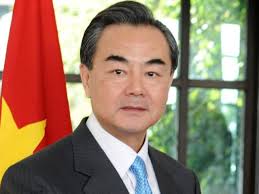 China’s Foreign Minister Wang Yi will now be its key negotiator with India on the vexed border issue after Beijing promoted him on Monday to the country’s top diplomatic post of State Councillor.

Wang succeeds Yang Jiechi, China’s senior-most diplomat, who until now was the country’s Special Representative on border talks with India.

While Wang will remain the Foreign Minister, Yang’s role was not immediately known. A hawkish Yang was elected to the powerful Politburo Standing Committee of the Communist Party last year.

Wang will talk to India’s National Security Adviser Ajit Doval who is its Special Representative on boundary talks.

China and India by far have held 20 rounds of talks on their 3,448-km disputed border. The countries fought a war in 1962 and have seen their armies cross into each other’s territories due to the different perceptions of the boundary.

Wang repeatedly slammed India during the 73-day military stand-off at Doklam in the eastern sector of their border last year.

The crisis, which further soured the already tense ties, was resolved in August.

Wang, however, struck a positive tone about Sino-India ties while addressing the media on the sidelines of China’s ongoing annual parliament session.

Wang said if China and India were united then one plus will be equivalent to 11, a remark welcomed by India and answered in the similar tone.

Wang had previously served as China’s envoy to Japan and worked at the Asia desk of the Chinese Foreign Ministry.

A foreign minister’s job in China is not a top-notch one as the international units of the Communist Party has more say in the formulation of Beijing’s foreign policy.

However, Wang’s elevation indicates a bigger role for him.