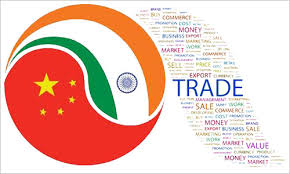 India on Sunday launched its second IT corridor in China to cash in on the burgeoning Chinese software market which remained elusive despite the presence of top Indian technology firms, a news agency report said.

The National Association of Software and Services Companies (NASSCOM) has established one more Digital Collaborative Opportunities Plaza (SIDCOP) platform in China in an effort to provide market access to Indian IT firms in the huge Chinese market, the NASSCOM said.

Agreements worth RMB 36 million (about USD six million) were signed between Indian service providers and Chinese customers at the launch of the corridor by China’s Guiyang Municipal government and the NASSCOM, a NASSCOM official said.

The pilot projects launched on the SIDCOP platform would be executed over the next year, a NASSCOM statement said.

Last December, the NASSCOM established its first SIDCOP platform in the Chinese port city of Dalian, which is India’s first IT hub in China.

India’s top IT firms have a big presence in China, especially multi-nationals and IT Corridor at Dalian which are expected to provide a gateway for the Indian IT-small and medium-sized enterprises.

The Dalian IT corridor was formally launched few days ago.

The platform in Guiyang intends to create online and offline presence to promote a “co-create culture” between two large neighbours in the Big Data space, he said.

Speaking at the launch of the Guiyang IT corridor, India’s Ambassador to China Gautam Bambawale said the corridor which visualises collaboration between member companies of the NASSCOM and the Guiyang city authorities is aimed at setting up local offices and assisting companies from Guiyang to establish software and IT units in India.

An Indian company named ‘Zeta-V’ will establish an Artificial Intelligence enabled platform for SIDCOP to bring together the IT requirements of Chinese companies, particularly in Guiyang, and Indian companies which have solutions to offer, Bambawale said.

“In this way, we will be marrying together the requirements of Chinese companies with the capabilities of Indian IT service providers. We visualise that these initiatives will give a big impetus to cooperation between India and China in the IT-enabled services sector,” he said.