Himalaya’s Sherlock Holmes passes away in Nepal at 94 years 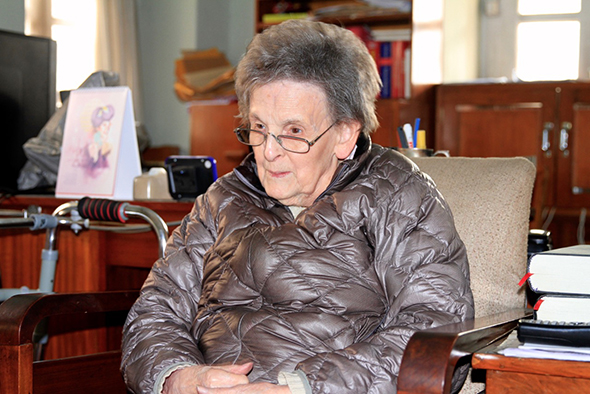 American journalist and renowned chronicler of Everest expeditions, Elizabeth Hawley, passed away in Kathmandu on Friday at a ripe age of 94 years, according to local media reports in Kathmandu.

Considered as an authoritative institution of Himalayan mountaineering, Hawley passed away at a hospital in Nepal’s capital in the early hours of Friday, where she was admitted a week ago following lung infection. She later suffered a stroke, reports stated.

Hawley, who was born in Chicago of the United States in 1923 came to Nepal in 1959 as a journalist and earned herself the nickname ‘Sherlock Holmes of the mountaineering world’ whose rest of the 50 years of life was spent in the Himalayan kingdom chronicling summits and tragedies in the Himalayas.

Hawley founded the Himalayan Database, a painstaking archive of all the summits in Nepal’s mountains that she managed until five years ago.

Her knowledge of the Himalayas, the peaks and the summits were hardly questioned by any, though she never climbed any mountains herself.

During every mountaineering season in the Himalayas during her illustrious career, Hawley would interview each and every mountaineer before and after the expedition and the experiences are later meticulously documented and archived.

Hawley was a correspondent with the Reuters news agency in Nepal and tasted success with her first major scoop during the 1963 US expedition to Mount Everest.

She was offered access to secret radio communication between Everest base camp and the embassy, and she became the first to break the news of conquering the summit.

In 2014, the government of Nepal named a peak after Hawley. The 6,182-metre mountain in the country’s northwest is known as Hawley Peak.