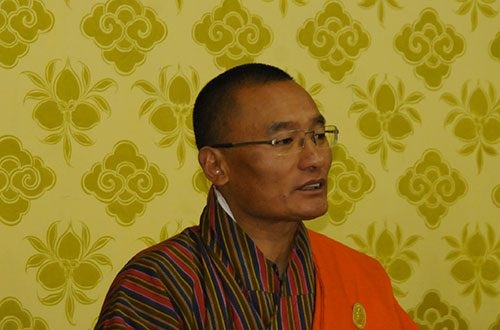 Along with the rest of the world, Bhutan is also celebrating the World Peace Day.

On this occasion, former Prime Minister of Bhutan Tshering Tobgay, tweeted the fact that last year Bhutan was ranked 13th most peaceful country in the world in 2017 by the Global Peace Index.

He added in his tweet, “Most international observers would be amazed given that Bhutan is just a developing country. We Bhutanese take peace, unity and stability for granted given the enlightened leadership of our beloved Kings.”

The ranking is given based on 23 indicators clubbed under three domains of ongoing conflict both international and local, internal safety and security, and levels of militarization.

The most interesting factor for Bhutan is although the country has a low or USD 500 per capita income, it has managed to create peace better than the top 20 countries in the GPI that have more than USD 10,000 per capita income per annum.

In the long term, Bhutan has to focus on the factors that actually create peaceful society like on levels of corruption, functioning of government and equitable distribution of resources so that there is conducive environment for peace.