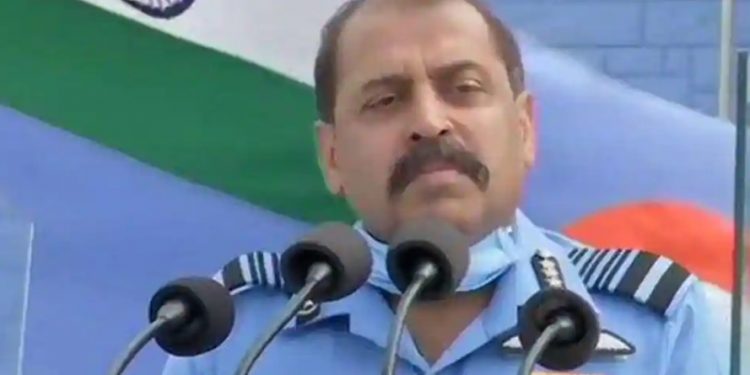 India is not expecting a war with China on the border issue, but is fully prepared if such a situation arises, Indian Air Force (IAF) chief RKS Bhadauria said on Saturday.

“We are not at war with China, but we fully geared up to meet any contingency arising out the recent conflict on the Line of Actual Control (LAC),” Air Chief Marshal Bhadauria told reporters at Air Force Academy at Dundigal on the outskirts of Hyderabad.

Replying to a query on his assessment of the situation on the LAC in the wake of his visit to the airbases in Leh and Srinagar in the last two days, he said the army was in full control of the situation at Galwan valley in Eastern Ladakh.

At least 20 Indian soldiers were killed by Chinese PLA troopers at Galwan Valley on June 16.

“The army has already given a statement to this effect. At the same time, our Air Force is also ready to supplement the efforts of the army by deploying additional battalions to meet the contingency, if required,” he said.

Asked whether the more fighter aircraft would be moved to Leh and Srinagar in view of his visits, Bhadauria said the IAF has airbases at several strategic locations in the country, not just Leh.

“We shall assess the situation and go about with our deployments. However, we have stepped up our deployments after the recent conflicts with China post-May,” he said.

To another question, he said the Air Force was capable of handling the situation in high altitude regions, but for tactical reasons it cannot disclose where and how the deployments would be made.

“We shall do and we are doing it as per the requirements,” he said.