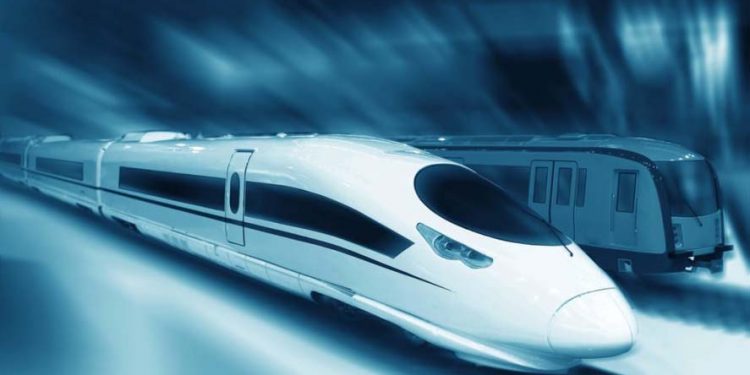 The Chinese Government has approved a project to build the first underwater bullet train route in the country on Thursday.

The proposed underwater tunnel is a part of 77-kilometre Yong Zhou Railway and will connect Ningbo, a port city of Zhejiang province in Shanghai to Zhoushan, an archipelago at the southern mouth of Hangzhou Bay, off Ningbo.

The railway route will consist of a 16.2 km undersea section and 70.92 km of newly built tracks.

Seven stations are planned for the entire route, including four new stations and three redeveloped ones.

The railway route will connect Ningbo East Station and Zhoushan Station by trains that can hit a maximum speed of 250 kilometres per hour.

The new route will be able to transport travellers from Hangzhou, the capital city of Zhejiang to Zhoushan in 80 minutes, which normally takes 4.5 hours by bus.

A report published on Thursday by CNN stated that when completed, the Yong-Zhou Railway will connect Ningbo East Station and Zhoushan (Baiquan) Station by high-speed trains that hit a maximum speed of 250 kilometers per hour.

It has also been reported that the new route, connecting to the existing vast high-speed rail network in China, will transport travelers from Hangzhou – capital city of Zhejiang – to Zhoushan in just 80 minutes.

According to information, the current journey takes about 4.5 hours by bus while it takes 2.5 hours by personal vehicle.

Seven stations have been planned for the entire route, including four new stations and three redeveloped ones.
In addition to the undersea tunnel, a road-rail bridge will be built to link parts of the archipelago, the report stated.