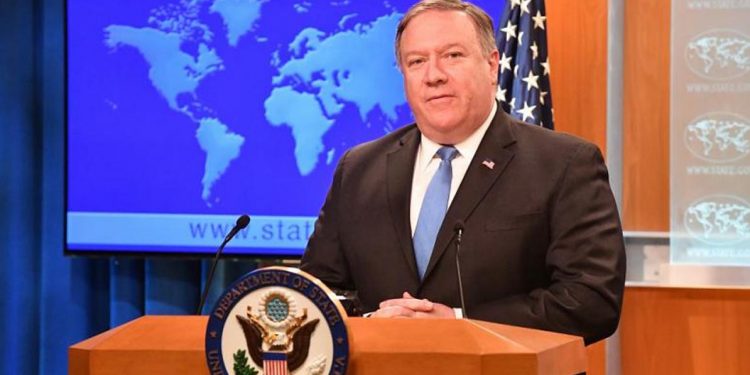 The United States on Wednesday said China took “incredibly aggressive actions” during the border clash that occurred in eastern Ladakh and India did their best to respond.

US secretary of state Mike Pompeo said this on Wednesday while speaking about the ongoing India-China border tensions.

“I have spoken with foreign minister S Jaishankar a number of times about this. The Chinese took incredibly aggressive actions and Indians have done their best to respond to that,” a media report quoted Pompeo as saying.

The US secretary of state was of the view that China has a pattern of instigating territorial disputes with its neighbours and the world should not allow this bullying.

From mountain ranges of Himalayas to waters of Vietnam’s exclusive zone to Senkaku islands & beyond, “Beijing has a pattern of instigating territorial disputes. The world shouldn’t allow this bullying,” said Pompeo.

Pompeo further said there aren’t many neighbours that can satisfactorily say that they know where their sovereignty ends and the Chinese Communist Party will respect that.

“That is certainly true now for people of Bhutan. The world must come together to respond to this,” Pompeo added.

Earlier, Pompeo expressed condolences to India over the loss of lives of its soldiers in violent clashes with Chinese troops at Galwan Valley.

A total of 20 Indian Army personnel, including a Colonel, were killed in the clash with Chinese troops in the Galwan Valley last month.