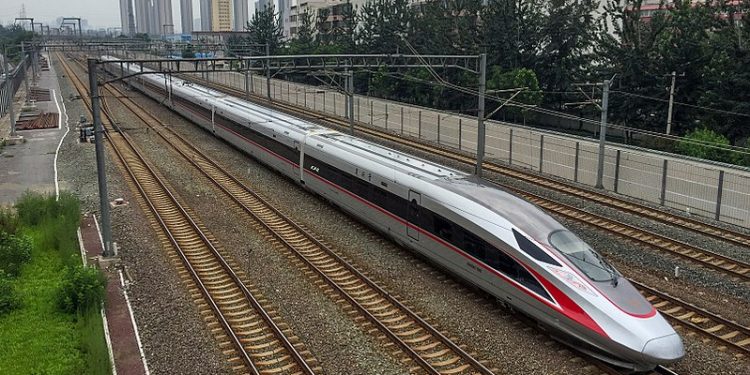 China has recently made an astounding addition to its impressive list of high speed trains by launching a driverless smart bullet train that has the capability of completing a three hour journey in just 47 minutes.

The new train that had been launched ahead of the 2022 Beijing Winter Olympics, would connect the capital city of China to Zhangjiakou, another city that will be hosting the event.

Moreover, the train will stop at 10 stations, in its 108-mile long journey.

As per a report by the CNN Travel, most of the stoppages are close to the venues where the Winter Olympics events will take place.

The train, which is a part of China’s Fuxing series, can run up to 350 kilometers per hour and is said to be the world’s first train that would run without a driver.

Moreover, the coaches of the train are equipped with 5G signals, intelligent lighting and 2,718 sensors to collect real-time data and detect any operational abnormalities.

Meanwhile, each individual seat has its own touch-screen control panel and wireless charging docks.

The train also has special facilities to satisfy the needs of athletes, journalists and people on wheelchairs.

Special storage areas have been set up for the athletes and the dining car can reportedly be converted into a media center during the Olympics, with adjustable seats and tables making it easier on journalists traveling with lots of equipment.

It also comprises removable seats for the comfort of passengers traveling with wheelchairs during the 2022 Winter Paralympics.