China to grant 1 bn yuan for development projects in Myanmar

Myanmar accepts 9 development projects out of 30 proposed by China 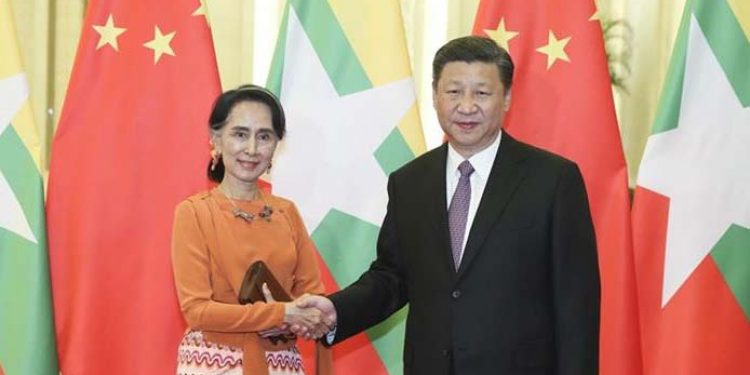 Myanmar on Monday claimed that China would be providing an amount of 1 billion Chinese yuan for socio-economic development projects in the country.

The money would be utilized for socio-economic development projects like improving the livelihood opportunities of the people of Myanmar and funding feasibility studies of major projects.

According to reports, during the Belt and Road Forum, Myanmar and China signed three agreements.

China proposed a total of 30 development projects in Myanmar under the CMEC agreement. However, out of the 30 projects, Myanmar has accepted only 9 projects till now.

The State Counsellor of Myanmar, Aung San Suu Kyi, went to Beijing to participate in the 2nd Belt and Road Forum on invitation from Chinese President Xi Jinping.

State Counsellor of Myanmar Suu Kyi hopes that the development projects carried out as part of the Belt and Road Initiative (BRI) for Myanmar will help to bring massive development in the country and will improve road connectivity to a great extent.

The BRI is an innovative programme launched by China to establish connectivity among Asia, Africa and Europe through maritime and land networks by carrying out various kinds of projects.

China launched BRI with an aim to boost economic ties with different countries.