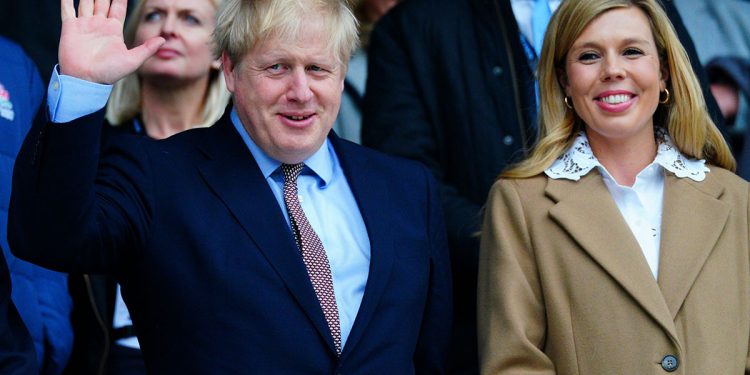 British Prime Minister Boris Johnson and his fiancee Carrie Symonds have announced the birth of a son on Wednesday.

Reports quoting a spokeswoman for the Prime Minister and his partner said both mother and baby are ‘doing very well’.

Johnson, it is learnt, who has just recovered from coronavirus, was present throughout the birth, at an NHS hospital in London.

Downing Street, however, declined to say whether the baby was born prematurely, and did not provide details of the weight, timing, nature or location of the birth.

But he has now returned to work in Downing Street, No 10 said, where he is leading the response to the pandemic.

He is expected to take a ‘short period’ of paternity leave at some point later this year, Downing Street was quoted as saying.

Meanwhile, the couple has received congratulatory messages from world leaders.