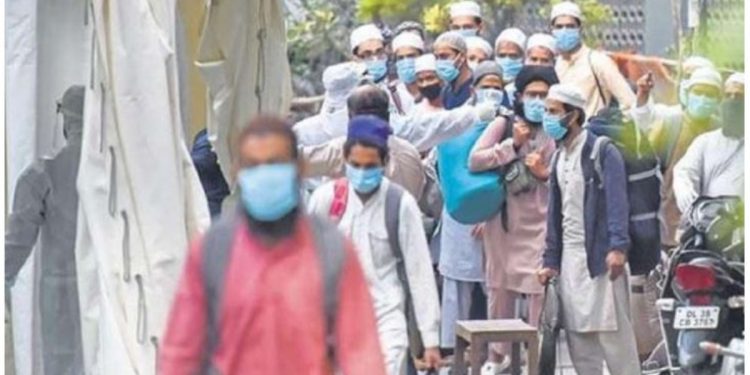 A court in Delhi has permitted 79 Bangladeshi and 42 Kyrgyz nationals to walk out free after levying a penalty of Rs 5,000 each.

The foreign nationals had on Monday accepted mild charges related to various violations while attending the Tablighi Jamaat congregation in March.

The foreign nationals were part of the congregation, which was in alleged violation of the visa norms and guidelines issued by the Indian government on Covid-19.

The Bangladeshi and Kyrgyzstan foreign nationals pleaded guilty and were asked to shell out a fine of Rs 5,000 each by Metropolitan Magistrate Jitender Pratap Singh and Rohit Gulia, respectively.

However, three Bangladesh and eight Kyrgyzstan nationals claimed trial after not accepting the mild charges under the plea bargain process in the case.

The Delhi Police has named more than 900 foreign nationals in connection with the case. The FIR was registered against Tablighi Jamaat leader Maulana Saad Kandhalvi and others on March 31.