We don’t rule out simultaneous attacks in Bangladesh and adjacent Indian states like West Bengal and Assam: Bangladesh intelligence official 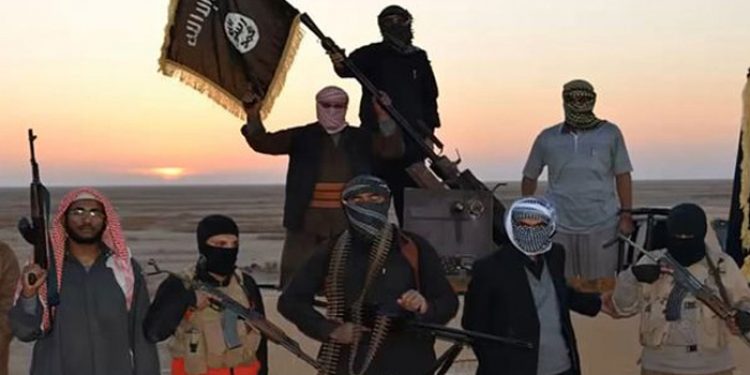 Bangladesh and Indian intelligence have been duly alerted about a pro-Islamic State telegram in Bengali doing the rounds in Internet that promises militant action soon.

Top Bangladesh intelligence officials say they have interacted with their Indian counterparts and decided to sound a nationwide alert over the poster in Bengali that says ‘Shigroi Asche Inshallah’ (God, willing, coming soon).

It has the logo of an unknown group Al Mursalat, which could well be the Arabic code for Jamaat-ul-Mujahideen Bangladesh (JMB) which carried out the deadly attack on Holey Artisan Bakery in Dhaka three years ago.

That this threat of action is in Bengali has been interpreted by Bangladesh intelligence as a prelude to possible suicide attacks in Bangladesh and in east and Northeast India, where the neo-JMB (formed after reorganisation following death or arrest of most of its leaders in Bangladesh in a police crackdown after the Holey Artisan attack) is active.

It is an Islamist terror group comprising of recruits from Bangladesh, West Bengal and Assam and operates on a trans-regional basis with some of their activists even nabbed from southern Indian states like Kerala and Tamil Nadu. In fact, at the moment, the group is said to have equal number of activists from Indian states and Bangladesh.

Bangladesh intelligence is looking into reports that the neo-JMB has links with Sri Lanka’s National Towheed Jamaath (NTJ) which carried out the deadly suicide bombings on Easter Day (April 21).

Like the NTJ, the neo-JMB is loosely connected to the Islamic State, which owns up domestic radical groups across the world if they conform to its ideological tenets of hardline Salafist Islam.

For the IS and the neo-JMB,  India is an ‘oppressor Hindu state’ while Bangladesh , though a Muslim majority country, is run by a ‘Murtad’ (apostate) regime, which is how it belittles the Sheikh Hasina government that runs on secular principles.

“We don’t rule out simultaneous attacks in Bangladesh and adjacent Indian states like West Bengal and Assam and so we take this threat on the IS handle seriously. We will not make the mistake that the Sri Lankans made of neglecting the alert,” said a top Bangladesh intelligence official.

He added, “We share a ‘high degree of intelligence cooperation’ with India.”

“Since India alerted Sri Lanka early in April about the impending suicide bombings with very specific details and since it has better intelligence capabilities, we expect the Indian agencies will check out the IS threat sooner than later,” he said, but was not willing to be named.