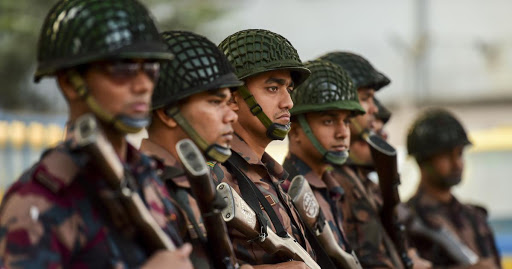 The Border Guard Bangladesh (BGB) has protested against a media report implicating BGB in smuggling cattle heads in Bangladesh.

The BGB in a statement said the inaction or the lack of action on part of the BSF undoubtedly raises questions when the Indian smugglers gather cattle heads on their soil and smuggle those through waterways along the borders.

Under the circumstances, the BGB has taken a very strict stand to prevent cattle smuggling.

The border force held public awareness meetings in the border areas with local representatives, administration, police, and distinguished individuals of the society along with people of all walks of life over the issue.

In addition, strict surveillance including BGB patrol along the borders and night surveillance with the help of local people has been stepped up.

It is speculated that the news was published in the Indian media only to cover up the BSF’s failure to curb cattle smuggling, the press statement added.

According to report over cattle smuggling, the BSF said the BGB supports the “inhuman, merciless and seditious” activity.