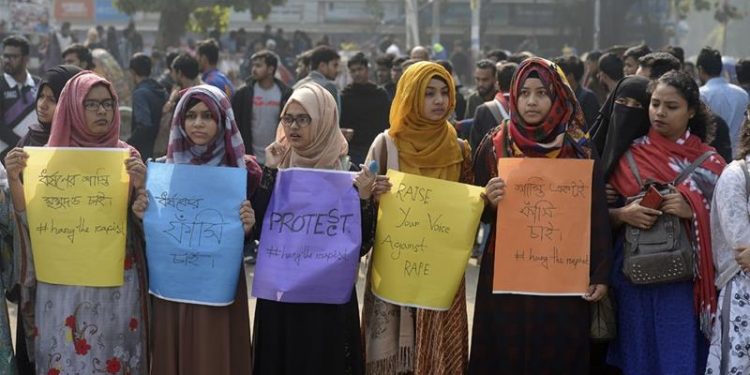 Protesters demanded the death penalty for anyone found guilty of rape.

Bangladesh police have arrested a man in connection with the alleged rape of a student at Dhaka University amid angry protests on campus.

More than 2,000 students and human rights activists – some brandishing placards asking: “Tell me, am I next?” – demonstrated this week following the alleged rape of the 21-year-old student.

They demanded the death penalty for anyone found guilty of rape.

“Rape incidents have been increasing in Bangladesh due to leniency in the justice system and I demand speedy justice by hanging of the people committing rape,” The Guardian quoted a female demonstrator and student leader in at the university.

Nurul Haque Nur, vice-president of the university’s central students’ union, said, “We will call for country-wide demonstrations to ensure justice and demand the early conviction of the culprit through judicial trial.

“We are concerned about our basic rights. I am against the death sentence but rapists should not be spared strict punishment.”