Bangladesh to sign defence deal with Saudi Arabia on Feb 14

Under the deal, Bangladesh will be defusing mines along the borders of war-torn Yemen 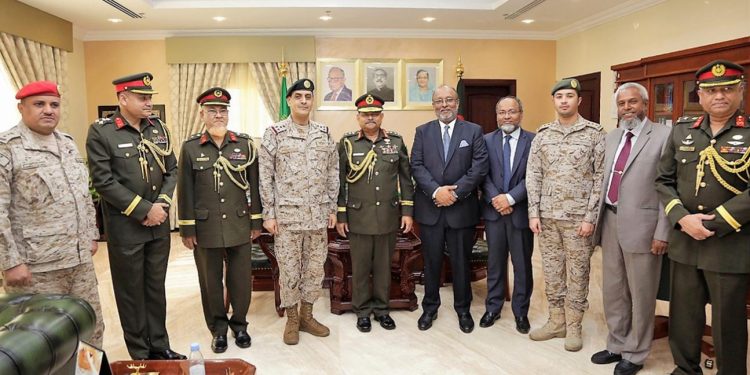 Sheikh Hasina-led Bangladesh government on February 14 will sign a defence deal with Saudi Arabia to boost military cooperation between the two countries.

A press release from Bangladesh’s embassay in Riyadh says, under the deal, Bangladesh will be defusing mines along the borders of war-torn Yemen.

If the deal is signed, 1,800 Bangladeshi troops will be deployed in Saudi Arabia, which is expected to take bilateral military cooperation to new heights.

“There is excellent bilateral relationship between the two countries,” Gen Aziz said, hoping that the ties will be stronger in the future.