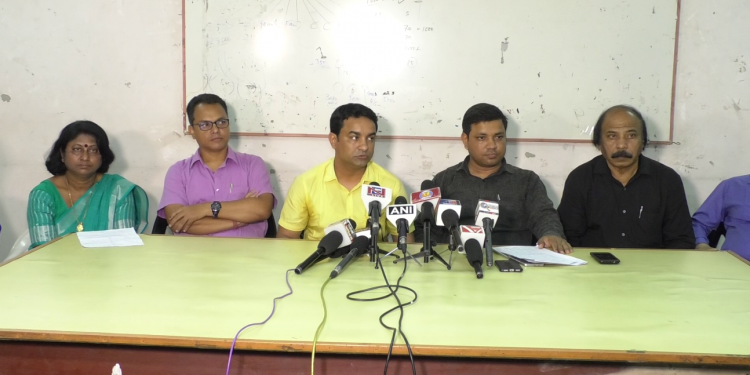 Expressing their satisfaction after a meeting with Tripura chief minister Biplab Kumar Deb who assured of police protection at hospitals, the agitating doctors of the state on Saturday declared that for the time being they have suspended their agitation.

Dr. Rajesh Choudhury, general secretary of the All Tripura Government Doctor’s Association, in presence of other office-bearers and senior doctors informed this to the media here that a six-member delegation responding to the call from the state CM had a long discussion on Friday about their demands.

Choudhury also said they were satisfied with the commitment made by the Tripura CM to set up police pickets in the hospitals for proving safety to doctors in their workplaces after which they have decided to suspend their agitation.

Besides, the doctors also thanked state health minister Sudip Roy Barman, who, on the moral ground being the head of the health family, has surrendered his police escort on demand of safety and security for doctors and health staff.

The agitating doctors said they are also thankful to the Tripura High Court that created a new record by giving a decision late in the night at 9.30 PM on Friday by dismissing the lower court order of giving anticipatory bail to those involved in attack on an on-duty surgeon, Dr Dipankar Debnath, in the IGM Hospital in Agartala on the election day (April 11).

In the wee hours on Thursday, Dr debnath was kidnapped by family members of a pregnant women who during the delivery process died allegedly due to the negligence of the doctor.

Later, police found him lying in the road in an unconscious condition with cut marks in his body at some distance from the hospital.  Currently, Dr. Debnath is undergoing treatment at the Govind Ballabh Pant Medical College and Hospital. His condition is stated to be “out of danger”.

Meanwhile, doctors and staff menmbers at the government hospitals in Tripura on Friday threatened to resign en-masse demanding action against people who thrashed the surgeon at the Indira Gandhi Memorial (IGM) Hospital.