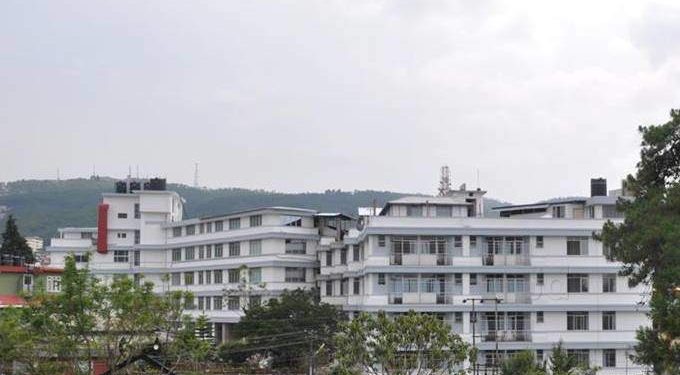 As it still remains a mystery as to how Meghalaya’s popular doctor Dr John L Sailo Rynthathiang got infected with COVID19, pin-pointing the family as the “source of infection” has left a lot of people upset.

The 69-year-old doctor, who was the founder and director of Bethany Hospital in Shillong, died of COVID19 complications on April 15.

Dr. Kyntiewlang Sanmiet, Nodal Officer and Spokesperson of Bethany Hospital said pin-pointing the family to be a source of infection is very hurtful, especially when they lost the beloved patriarch of the family.

“Perhaps, the biggest trauma is the stigmatization, the public shaming, especially on social media and the anguish of losing their beloved, which they will have to endure for a long time,” Dr. Sanmiet, said.

Everyone in the Bethany family was very hurt when the media reported that the virus source was within the family, he said.

“It would have been more appropriate to say that the first case was detected from this family,” Dr. Sanmiet said.

Maintaining that it was difficult to find the source of the infection in Meghalaya, Dr. Sanmiet said there could be many reasons.

“Clinical analysis shows that majority of COVID19 patients are asymptomatic, which means most of them do not know that they were carrying the disease and spreading it further,” he said.

Recently, the family members of Dr. Sailo Rynthathiang had requested the Meghalaya government to “identify” the source of the COVID19 infection, which killed the popular doctor.

“There may be asymptomatic carrier(s) in our state, whom Dr. Sailo had met. He was a very kind, humble and welcoming person,” Dr. Sanmiet, said, adding that there seems to be no clue as to how the COVID19 infection killed the popular doctor.

The Bethany Hospital spokesman reiterated that Dr. Sailo’s son-in-law Arthur Wungthingthing had no role in spreading the infection.
“It was very clear that he (the son-in-law) was not the source of the virus as he had tested negative three times,” he said, adding that it was totally wrong to doubt Arthur, who is a pilot with Air India.

Dr. Sanmiet said Arthur had even visited his family in Manipur. “Had he been an asymptomatic carrier, at least someone from there might have tested positive,” he said.

“I would also like to mention that on his arrival in Shillong, he had reported to 108, and was under quarantine, and had met Dr. Sailo only after his quarantine period was over,” the spokesman said.

Dr. Sanmiet said Bethany hospital has the database of patients visiting Dr. Sailo in the last one month.

“But we don’t know who else visited him in his office. He was a very humble and approachable person, and he may have got the infection from an asymptomatic person, who may or may not be his patient,” Dr. Sanmiet said.

The spokesman of Bethany Hospital said they don’t know who all came and visited Dr Sailo in his office in the last one month, and whether they had history of travelling abroad or not.