Smoking has been on decline in Nagaland but smokeless tobacco is on the rise: Global Adult Tobacco Survey (GATS) 2 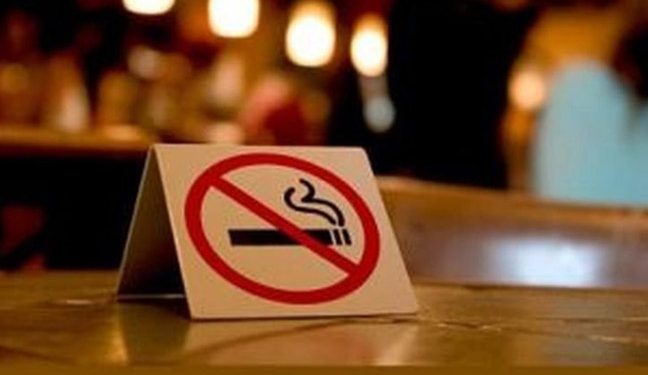 Nagaland is ranked seventh in the country in tobacco usage with 43.3 pc of the state’s population using tobacco, according to the Global Adult Tobacco Survey (GATS) 2 conducted in the year 2016-17.

This is a significant decline since the last GATS survey in 2009-10 where Nagaland was ranked second in the country with 56.8 per cent users.

World No Tobacco was observed in different parts of the state on the theme ‘Tobacco and Lung Health’ on Friday.

Addressing a programme at Nagaland Health Authority Kohima complex, mission director, National Health Mission, Nagaland, Dr Kevichüsa Medikhru, said the day is important for Nagaland as the state ranks one of the highest tobacco users in the country.

He lauded the National Tobacco Control Programme (NTCP) team of the state for the achievements made so far in creating awareness on the harmful effects of tobacco in the state, where smokers were seen less in public place.

In the last few years, smoking has been on decline in Nagaland but smokeless tobacco is on the rise.

Currently, 13.2 per cent of people in Nagaland are smokers while 39 per cent use smokeless tobacco which includes gutkha, paan, khaini and son, the survey said.

While the number of smokers in the state has been dwindling, statistics on passive or second-hand smoking remain alarming.

According to the survey, 68 per cent of people are exposed to passive smoking in their homes, 22 per cent of visitors in public places and 27 per cent in their workplaces, including government offices.

Dr C. Tetseo, the Dimapur district nodal officer of the NTCP, said many smokers are not fully aware of the consequences of their habits.

“They are least aware that their action is harming their loved ones and other non-smokers,” he said, adding, “Both smokers and second-hand smokers can suffer from common lung diseases.”

Smoking or passive smoking also results in chronic obstructive pulmonary diseases (COPD) such as emphysema and chronic bronchitis. COPD is increasing every year and India has now 55.3 million cases.

Smoking also increases the chance of Tuberculosis (TB) and reduces the efficacy of TB treatments, thus proving to be major hurdle to the goal for eradication of TB by 2025, he said.

Tetseo stressed that the prevalence rate of smoking must be brought down.

He said the World No Tobacco Day, observed on May 31 under the banner of World Health Organisation (WHO), is an opportunity to raise awareness about the deadly effects of tobacco use and to discourage the use of tobacco in any form.

Tetseo said the WHO has chosen the theme ‘Tobacco and lung health’ for World No Tobacco Day 2019 with the objective to create awareness about the negative impact of smoking and passive smoking from cancer to chronic respiratory diseases.

There are existing laws which ban smoking in public places but they are not strictly enforced even in government offices, Tetseo said.

“There is a need to upscale the awareness and enforcement activities,” he said, adding the need of the hour is “political and administrative will” to enforce the tobacco control law.

Tetseo also called for sustained awareness by the concerned departments, churches and NGOs.

“Let’s put our efforts together and make our state a healthier place to live,” he further said.