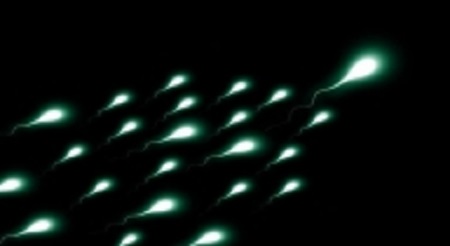 In a significant development, scientists have demolished the universally accepted view of how sperm ‘swim’.

About 300 years ago, Antonie van Leeuwenhoek used one of the earliest microscopes to describe human sperm as having a “tail, which, when swimming, lashes with a snakelike movement, like eels in the water”.

This is an optical illusion, according to the new study.

“Human sperm figured out if they roll as they swim, much like playful otters corkscrewing through water, their one-sided stoke would average itself out, and they would swim forwards,” said study author Hermes Gadelha from the University of Bristol in the UK.

“The sperms’ rapid and highly synchronised spinning causes an illusion when seen from above with 2D microscopes – the tail appears to have a side-to-side symmetric movement, like eels in the water, as described by Leeuwenhoek in the 17th century,” Gadelha added.

Using state-of-the-art 3D microscopy and mathematics, the research team have pioneered the reconstruction of the true movement of the sperm tail in 3D.

Using a high-speed camera capable of recording over 55,000 frames in one second, and a microscope stage with a piezoelectric device to move the sample up and down at an incredibly high rate, they were able to scan the sperm swimming freely in 3D.

The study, published in the journal Science Advances, revealed the sperm tail is, in fact, wonky and only wiggles on one side.

While this should mean the sperm’s one-sided stroke would have it swimming in circles, sperm have found a clever way to adapt and swim forwards.

“Our discovery shows sperm have developed a swimming technique to compensate for their lop-sidedness and in doing so have ingeniously solved a mathematical puzzle at a microscopic scale: by creating symmetry out of asymmetry,” said Gadelha.

According to the researchers, the otter-like spinning of human sperm is however complex: the sperm head spins at the same time that the sperm tail rotates around the swimming direction.