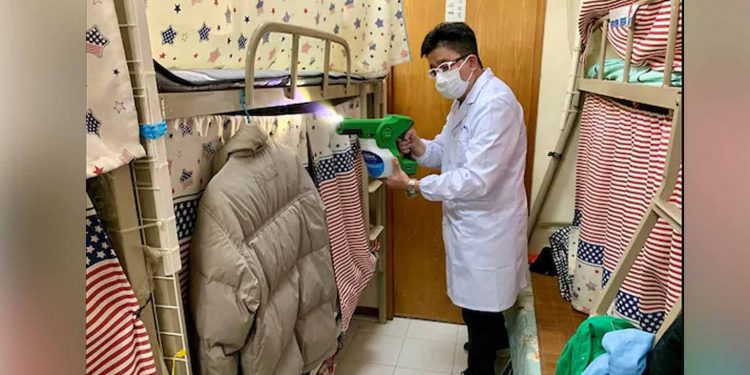 Researchers at a university of Hong Kong claimed that they have developed an antiviral coating which when sprayed on surfaces can provide high-level protection against viruses and bacteria for a period of 90 days.

As per a Reuters report, the coating was developed by researchers of Hong Kong University of Science and Technology and took a period of ten years to be manufactured.

The researchers claimed that the coating called MAP-1 can be sprayed on surfaces which are frequently touched by the public like elevator buttons and handrails.

The coating that forms after spraying has millions of nano-capsules containing disinfectants which can be efficient in killing all sorts of germs even after it has dried up.

Moreover, the coating comprises of heat-sensitive polymers that encapsulate and release disinfectants upon human contact.

The researchers also claimed that the coating is non-toxic and safe for the skin and environment.

After clinical tests were conducted at a Hong Kong hospital and a home for the elderly, the coating has been made available for commercial purchase by Germagic, a unit of the university’s industrial partner, Chiaphua Industries Ltd.

The product is now expected to be out at Hong Kong stores next month.