The foreign nationals include 3 French, 1 Italian and 1 Spanish national 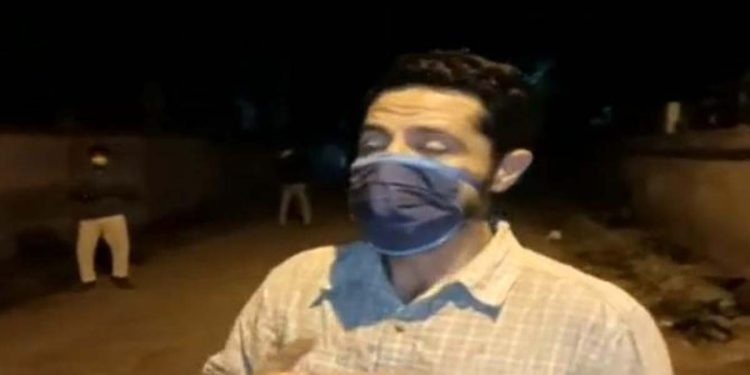 One of the foreign nationals seen in Guwahati on Sunday. Image credit - Northeast Now

Amid COVID19 pandemic and lockdown, sensation prevailed suddenly in Guwahati after arrival of five foreign nationals in the city’s Beltola area on Sunday night.

The foreign nationals include 3 French, 1 Italian and 1 Spanish national.

Informing about the foreign nationals’ arrival in the city, additional director general of police (ADGP), Assam, GP Singh, on his Twitter handle said they arrived Guwahati from Manipur en route to Delhi.

Singh also informed that these foreign nationals had approval from the Union Ministry of External Affairs to travel from Manipur to Delhi through Siliguri.

Appealing to the people not to panic, Singh said all these foreigners have already undergone quarantine in Manipur.

3 French, 1 Italian, 1 Spanish nationals have reached guwahati Assam from Manipur enroute Delhi. They have approval of Ministry of External Affairs to travel from Manipur to Delhi via Siliguri. They’ve completed their quarantine at Manipur. There’s no need to panic.

One of the foreign nationals claimed before the media that they had completed 26 days under quarantine in Manipur.

The foreigners’ arrival at a guest house in Guwahati’s Ajanta Path located in Beltola’s Survey area caused panic among the locals.

They came in an Innova car to stay for the night at the guest house.

As soon as the car arrived at the guest house, the panic-stricken locals created an unruly situation.

The locals immediately intimated the Hatigaon police and without wasting any time a team of police rushed to the spot and took all the five foreigners along with the car to the police station.

One of the foreigners revealed that they had entered India before the outbreak of COVID19, which has claimed 1,12,241 people across the world.

The European countries including Italy, Spain and France have been severely hit by COVID19 with Italy registering 19,899 deaths, Spain 16,972 and France has registered 14,899 deaths so far.