Company says it as a whole paid Rs 200 lakhs as wages, including Rs 90 lakhs as advance and ration worth Rs 40 lakhs to the workers 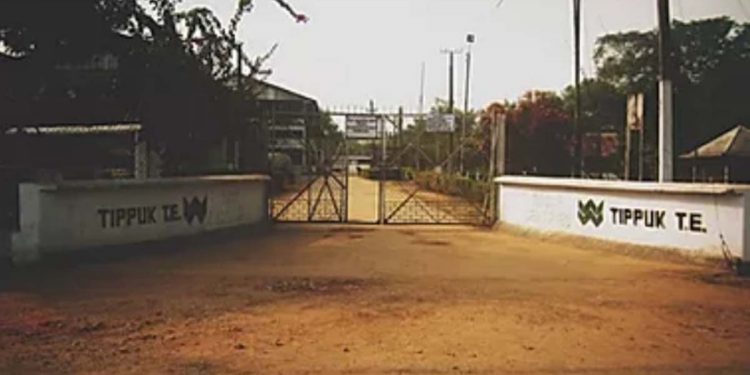 Tippuk tea estate management on Wednesday said they are paying full wages as per the understanding between the association and the union.

The tea garden workers are being paid at the rate of Rs 500 per week as ad hoc advance starting from March 25, 2020 for the lockdown period, the Tippuk TE management said.

Tippuk tea estate is located in Doomdooma under Tinsukia district.

The lockdown for the Doomdooma circle tea gardens was lifted on the evening of April 11, 2020 (Saturday) and the garden started post-lockdown working from April 13, 2020.

Some of the workers alleged that they were not getting full wages and ration benefit.

Reacting to the agitating workers’ allegation, Sarvesh Tripathi, manager of Tippuk tea estate, said:  “We have paid as per the understanding to all the workers who earned wages in the fortnight prior to lockdown – from March 8-21 and also ration in the same way during the lockdown period.”

“This fortnight it so happened that 1 week was under lockdown and 1 week was normal working; hence, for normal working, the payment was made through system and we calculated manually for locked down period,” Tripathi said.

“And system generated the slip for March 12- 18 which had 1 week as absent period and 1 week with attendance period and accordingly ration was calculated on working days and printed on the pay slip,” Tripathi further said.

Tripathi said, “We give ration the next day i.e. after the wage payment and before we could explain to workers and the unions, some people with vested interest capitalised this sentimental issue and created ruckus.”

“We had stopped payment of 74 workers worth Rs 37,500 who did not come to work for a single day during post-lockdown period as this garden faces severe absenteeism problem during plucking season.”

“It goes as high as 40% whereas during lean period the absenteeism was as low as 8%, as a measure to warn these workers, this step was taken though they were paid in the previous fortnight during lockdown period, but some people again with vested interest to malign the management of Tippuk ignited and created ruckus which continued till Tuesday afternoon,” the garden manager said.

“The balance workers have been given ration and wages during the lock down period as per agreement between the industry and ACMS. Some residents with vested interests instigated the workers who forcibly confined the manager and his team in the office for several hours. The unruly mob abused and the management who were later rescued by the police,” the garden management said.

The management of Tippuk said they are committed to paying, wages, providing rations and fulfil other statutory obligations like in the past.

Vikram Saraogi, the chief financial officer of James Warren Tea Limited, said “with no revenue generation at this time and where the entire tea industry is going through a very tough phase, solely Tippuk TE has paid Rs 23 lakhs of wages including the advance of Rs 12 lakhs and ration worth Rs 4 lakhs to its workers” during the lockdown period.

“The company as a whole has paid up to Rs 200 lakhs as wages, including Rs 90 lakhs as advance and ration worth Rs 40 lakhs to its workers. The company has always been generous to all its employees and always intended to work harder to provide a good, healthy and improved standard of living to its workers,” Saraogi said in a statement.