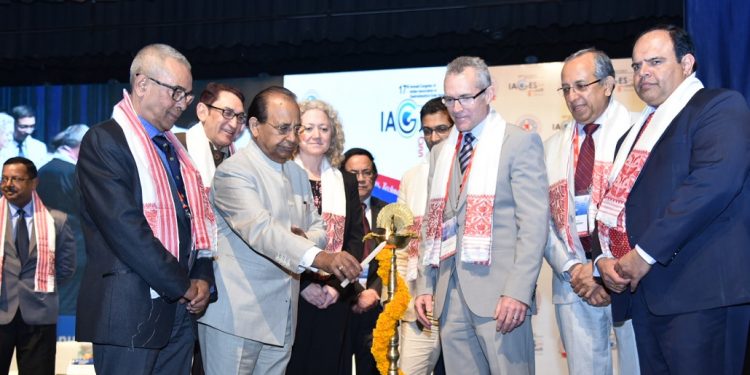 Assam Governor Prof Jagdish Mukhi on Saturday said Assam government has been working exceedingly hard to provide delivery of holistic healthcare to everybody in Assam.

He also said the government has launched Atal Amrit Yojana and ensured total implementation of a series of initiatives including Ayushman Bharat.

He said this while inaugurating the 17th Indian Association of Gastrointestinal Endo-surgeons’ conference at Srimanta Sankardeva International Auditorium in Guwahati.

Prof Mukhi said the State Government has taken major strides in the health care scenario through implementation of infrastructure development as well as various other innovative schemes.

However, considering the shortage of doctors in the State the Government gives importance to increasing the number of medical colleges and nursing institutions, he also said.

Referring to high prevalence of cancer cases in the Northeast and Assam being at the receiving end of a majority of these cancer patients, the Governor informed that the State Government has taken several steps to address this.

He said the State Government has entered into a partnership with Tata Trusts for implementing a State-wide Cancer Care programme which is being implemented through Assam Cancer Care Foundation.

He also stated Government Medical Colleges and eleven district hospitals are being strengthened to provide varying degrees of cancer care to their patients.

The Governor also said large numbers of households in the State every year are being pushed into penury for treatment of high cost diseases like cancer, heart, kidney disease, neurological disorder leading to catastrophic expenditures.

Therefore, the Government with an aim to provide a cover against such catastrophic health care expenditure for such high cost diseases has been assiduously implementing the schemes namely, Pradhan Mantri Jan Arogya Yojana and Atal Amrit Abhyjan.

Prof Mukhi also thanked the organizer Indian Association of Gastrointestinal Endo-Surgeons for organizing the conference in Guwahati which according to him would lead to advanced health care services to the patients of the state as well as other north-eastern states.