The health department in its latest report shared on its Twitter handle said a total of 198 new COVID19 cases have been detected in 18 districts.

While 173 are asymptomatic cases, 25 cases are symptomatic, the health department informed.

Meanwhile, 167 more patients have been discharged from 14 districts after they tested negative for the virus.

The highest number of patients recovered from the Itanagar Capital Region.

The deadly disease has so far claimed the lives of 14 positive patients and the state’s death rate stands at 0.15%. 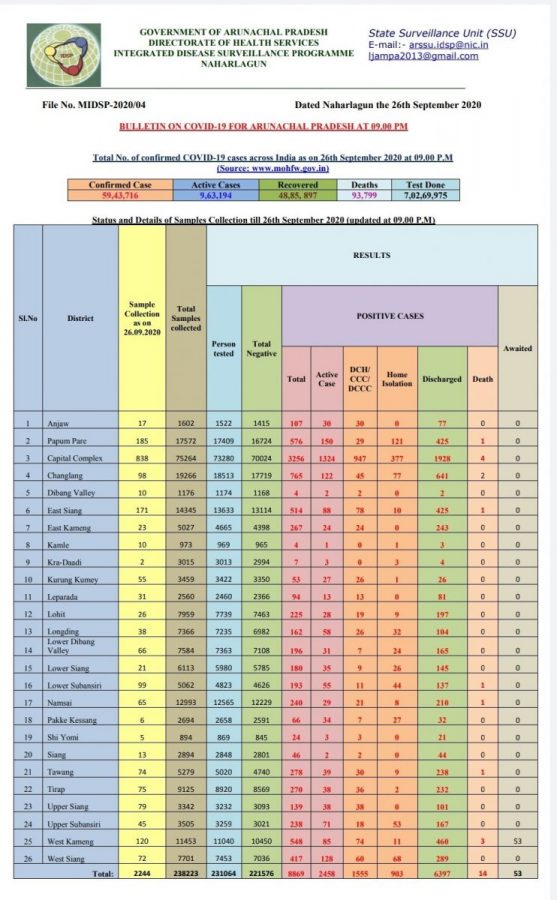