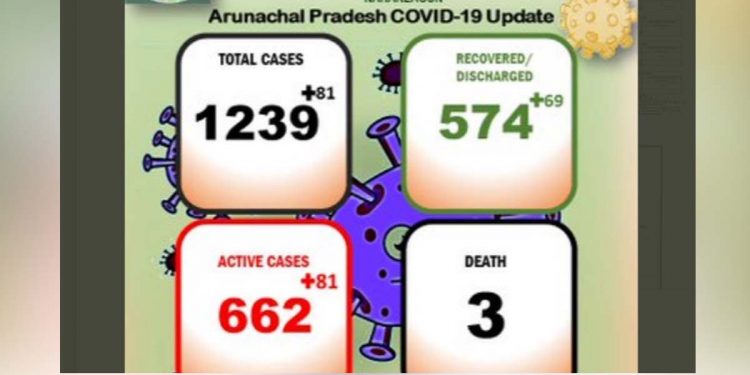 Sharing the data on the state’s latest COVID19 update, the directorate of health services, Arunachal Pradesh, on its Twitter handle said out of the new COVID19 positive cases, Itanagar Capital Region (ICR) has reported 51 cases, Tawang has reported 12 cases and Changlang has reported 9 cases.

The health department said of the positive cases, 72 are “asymptomatic” and 9 others are “symptomatic”.

On Monday, 69 patients, who were earlier infected by COVID19, have been discharged from various hospitals in Arunachal Pradesh, the health department said.

With the release of 47 patients, the total number of patients discharged in Arunachal Pradesh increased to 574.