According to the Union health ministry data, the daily spike is lower than Saturday’s 62,211 COVID19 cases.

“The active cases are less than 8 lakh for the second consecutive day and stand at 7,83,311. The active cases now comprise 10.45% of the total positive cases of the country,” said a statement issued by the Union health ministry on Sunday.

Following the national trend, 22 states/UTs have less than 20,000 active cases, the statement said.

The declining trend of the active cases is complemented by the unbroken rising number of recovered cases. 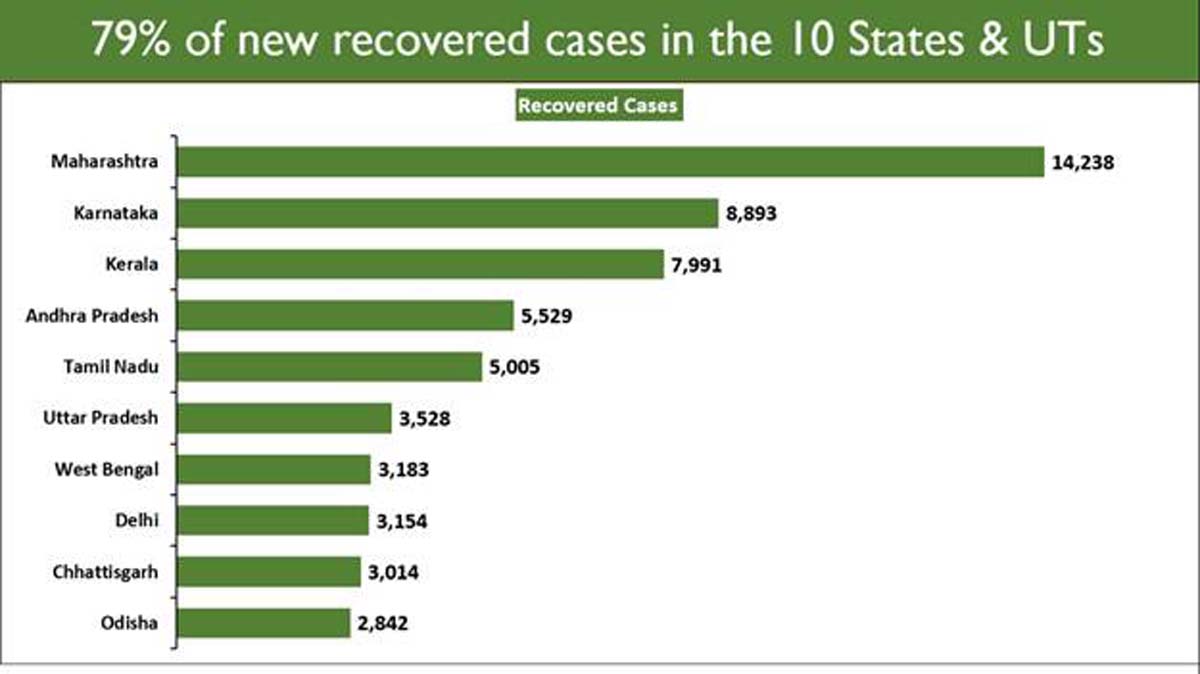 In the last 24 hours, the national recovery rate has further improved to 88.03%, the Union health ministry claimed.

“72,614 COVID patients have recovered and discharged in the last 24 hours whereas the new confirmed cases stand at 61,871. 79% of the new recovered cases are observed to be concentrated in 10 States/UTs,” it said.

Maharashtra has contributed the maximum with more than 14,000 single day recovery, it added.