It was an emotional moment for me: Ace photographer Anupam Nath 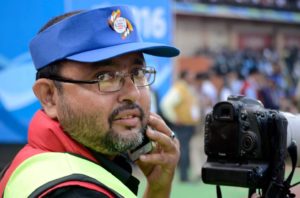 Guwahati based photographer Anupam Nath whose photograph was selected for the prestigious Time magazine’s top 100 photos of 2017 list relived the day he had clicked the picture during a candid telephonic chit chat with NE NOW.
While reminiscing the moment, Anupam who is also a wildlife lover said it was a very emotional moment for him while clicking the photograph.

He revealed that the wild pachyderm that ventured out of the Amchang Reserve Forest was poisoned to death by the locals as herds of elephants frequent the agricultural cultivation and destroy the crops.

Anupam also expressed serious concern over the increasing man-elephant and man-animal conflict in the State.

He also emphasized the increasing depletion of forest cover in the State with human habitation intruding into the territory of the wildlife forcing them to invade human settlements leading to serious fallouts on both side.

Anupam highlighted how elephant corridors are being blocked by constructions citing the example of the massive wall constructed by the refinery authorities at Numaligarh in eastern Assam leading to serious consequences.

The beautiful picture was captured by the photographer at Panbari village, near Chandrapur that shows villagers offering flowers to a wild tusk, lying dead in a field. The photograph was clicked on November 2, this year. 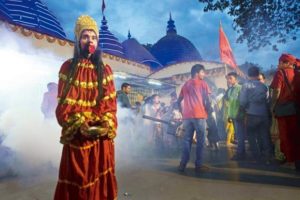 The ace photographer has been covering multi-faceted aspects of events and happenings of the entire northeastern region for the last 22 years – whether it is a bomb blast, insurgency related issues, flood, devastation to sports, cultural events and wildlife related news based photos.

Starting his career as a photo journalist with a couple of Assamese dailies, Anupam got the first break in the national platform as a stringer in Outlook.

Later he worked as a staff photographer for the Hindustan Times and The Telegraph before joining the prestigious Associated Press in 2000.

Talking about his association with Associated Press, Anupam said it is indeed a rewarding experience as the international agency does not interfere with creative freedom.

Though assignments are forwarded on regular basis, the agency also gives full independence to its employees to cover stories on their own, Anupam said.

He also said Associated Press lays emphasis on creative and out of the box photographs and not the mundane happenings.

Citing the example of the photograph that selected in the Time magazine, he said on that occasion he ventured on his own conscience and took the pictures of the dead elephant.

Anupam was particularly moved by the way villagers were laying flowers on the feet of the giant elephant. He said that struck his imagination though he had also clicked the whole body of the elephant.

“These were the very legs that brought the elephant to the place of his death as determined by his destiny”, said Anupam.

“The photograph was very random for me. The moment when human beings offered flowers to a dead body was very thought provoking and emotional. I saw a giant body lying dead on the field, and human beings offering flowers on the legs of that dead animal. So, I thought of capturing that part of the animal only, rather than the whole animal.” 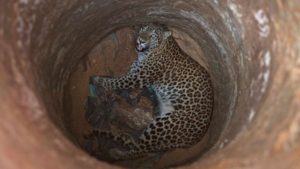 Anupam also added it’s a misconception that one gets opportunities only in significant and happening places.

“Our North-east has huge potential and one can strike big by doing good work with sincerity and hard work here in the North-east itself,” said Anupam.

“It’s indeed an honour to see my captured image among the works of so many greats from across the globe,” concluded Anupam.

Centre express concern over spike of COVID-19 cases in northeast