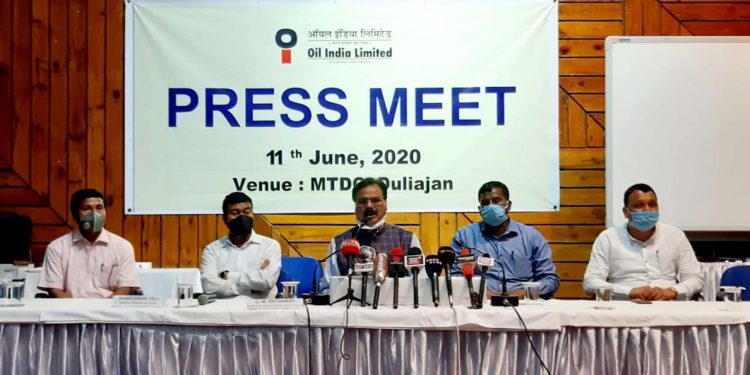 Assam commerce & industries minister Chandra Mohan Patowary on Thursday said the state government will provide Rs 30,000 to each of the families, who have been affected by Baghjan fire, as an immediate relief.

Addressing a press conference at the office of the OIL in Duliajan, Patowary informed that the government has already transferred the amount to the Tinsukia Deputy Commissioner’s fund.

“Tomorrow, the affected families of Baghjan will receive the money in their bank accounts. We had a prolonged discussion with the OIL CMD and Tinsukia district administration about the people, who have been affected by the massive fire broke out at Baghjan 5 oil well,” Patowary said.

Patowary met the affected people at the relief camps and assured them that they will receive all kinds of support from the government.

Meanwhile, OIL has taken all precautionary steps to control the blaze at Baghjan 5 oil rig.

Army personnel have been deployed in the site to control the security scenario.

Also read: 3 more experts from US, Canada to reach Baghjan to control fire

Army has cordoned off the area for security purposes.

“Chief minister Sarbananda Sonowal has assured of extending all kinds of support and our government is committed to help the people in the time of crisis. We will provide compensation to the affected families,” said Patowary.

A high-level meeting was held with three experts from Singpore, OIL and ONGC to control the blaze.

On Friday, a meeting will be held at Tinsukia Deputy Commissioner’s office to discuss the future plan to mitigate the crisis.

Three more foreign experts from the US and Canada will reach Assam within two days to control the Baghjan oil well blaze.

The experts include Matthew Connors from Vancouver in Canada, Anthony Steven Reynolds and Doug Dallas, both from Houston in USA.

The Petroleum & Natural Gas Ministry has constituted a high-level committee to investigate into the Baghjan fire and the committee has been asked to submit its report within one month.