‘Amphan’ is currently crossing the West Bengal coast near the Sunderbans

Assam chief secretary Kumar Sanjay Krishna has issued an urgent order to all commissioners of divisions, CEO of Assam State Disaster Authority (ASDMA), and all deputy commissioners in this regard.

In the urgent order, the Assam chief secretary said: “As reported by the Meteorological Department and widely reported in the media, there is a strong likelihood of widespread affect of Cyclone AMPHAN in Assam, especially in West Assam Districts.”

Keeping in view of the possible impact of ‘Amphan’ in the state, the chief secretary has asked the commissioners of divisions, ASDMA CEO and the deputy commissioners to take preventive measures and keep the response systems on high alert.

“In view of the above, you are requested to ensure that both preventive and response systems are put on high alert to avoid any loss of life and property SDRF may be kept informed and their help be sought whenever necessary,” said the order.

The chief secretary has also asked the ASDMA to consider setting up a control room to deal with the situation.

“CEO ASDMA may like to consider putting a Control Room in place for this,” the chief secretary said in the order.

The IMD also warned that there would be heavy to very heavy falls over most of the districts of Sub-Himalayan West Bengal and Sikkim on May 21, 2020.

Meanwhile, ‘Amphan’ is currently crossing the West Bengal coast near the Sunderbans and will reach Kolkata by evening, IMD director general Mrutunjay Mohapatra said on Wednesday as the storm was making a landfall.

Mohapatra said strong winds with an intensity of 160kmph have commenced in coastal West Bengal districts. 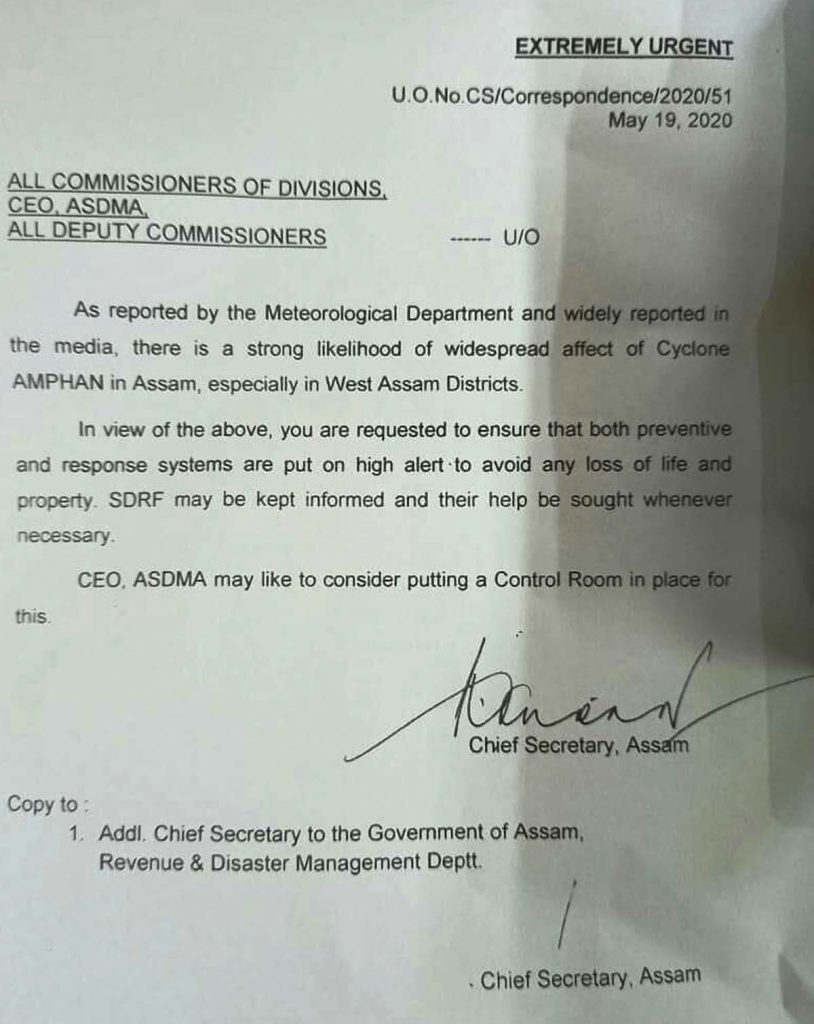