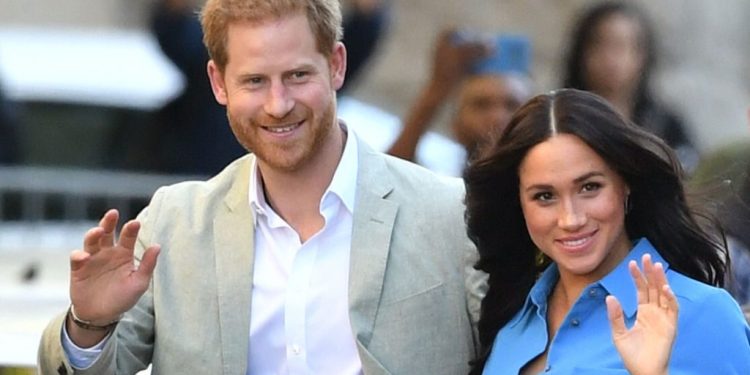 The Duke and Duchess of Sussex, commonly known as Prince Harry and Meghan Markle, have now decided to step back from their royal duties, Buckingham Palace announced Saturday.

The palace in a statement said that he couple will now stop using their His/Her Royal Highness (HRH) titles and would not be receiving public funds for royal duties.

“The Duke and Duchess of Sussex are grateful to Her Majesty and the Royal Family for their ongoing support as they embark on the next chapter of their lives,” the statement reads.

“As agreed in this new arrangement, they understand that they are required to step back from Royal duties, including official military appointments. They will no longer receive public funds for Royal duties,” it further added.

As per reports, the Duke and Duchess of Sussex will also try to repay £ 2.4m of taxpayer money for the refurbishment of Frogmore Cottage, which will remain their UK family home.

The palace, however, added that they would continue to maintain their private patronages and associations.

“While they can no longer formally represent the Queen, the Sussexes have made clear that everything they will continue to uphold the values of Her Majesty,” the statement added.

The palace’s statement came soon after Prince Harry and his wife Meghan Markle had recently announced that they ‘intend to step back as senior members of the Royal Family and work to become financially independent’.

The Queen hoped that Prince Harry and Meghan Markle’s decision “allows them to start building a happy and peaceful new life.”

“Following many months of conversations and more recent discussions, I am pleased that together we have found a constructive and supportive way forward for my grandson and his family,” the Queen added in a statement.

It may be mentioned that London’s famous wax museum Madame Tussauds has removed the figures of the the Duke and Duchess of Sussex from its British Royal Family display after they announced their decision of stepping back as senior members of the Royal Family.