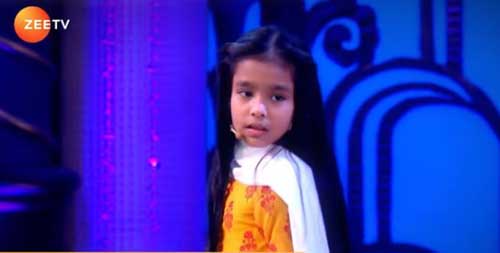 Nalbari girl Subhangi Manjit who reached the Super 12 round of Zee TV’s India’s Best Dramebaaz Season 3 has signed an agreement with Zee TV for three years.

India’s Best Dramebaaz Season 3 is a reality talent-hunt show for children that was aired from June 30 on Zee TV and judged by celebrities such as Vivek Oberoi, Huma Qureshi and Omung Kumar.

“Zee TV approached Subhangi with an agreement for three years in July, assuring her a role in any serial, movie or TV advertisement,” her father Manjit Mazumdar, who runs a business, told this correspondent on Saturday. Her mother Diya has a beauty parlour in Nalbari town.

Subhangi, mostly called by her nickname “Marffi”, is also fond of dancing and modelling.

She is a student of class III in Vivekananda Kendriya Vidyalaya, Nalbari. Principal Prahlad Gogoi said Subhangi is a good student.