Manipur boxer Mary Kom, is a five-time World Amateur Boxing Champion and the only woman boxer to have won a medal in each one of the six world 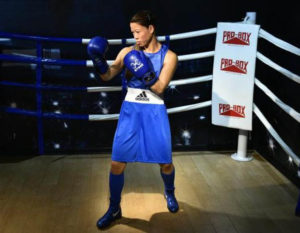 championships. Nicknamed ‘Magnificent Mary’, she is the only Indian woman boxer to have qualified for the 2012 summer Olympics, competing in the flyweight (51 kg) category and winning the bronze medal.

Housed in the heritage building Regal Cinema, which shut its doors earlier this year to make way for the global attraction, the museum has been specifically designed with Indian audiences in mind.  It has five entertainment zones – history, music, films, sports, and party.

There is a special section where visitors can get personalized hand sculptures done to take home. To make sure that the museum is accessible to all, the building has been made handicap-friendly along with functional lifts installed for all floors. There is also a souvenir store where visitors can buy various things related to Madame Tussauds.