Assamese movies to tackle anxiety and worries during lockdown

If we know the right places to look at, we can definitely find some beautiful and enjoyable Assamese movies in some other parts of the internet 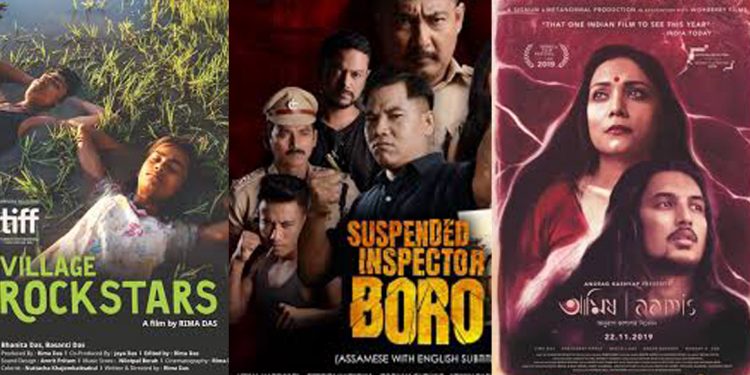 As the world battles Covid-19, the upcoming future will be of great uncertainty and every today will be very crucial in determining where we stand tomorrow. The exposure to apprehensions and anxiety is inevitable but we can keep a check on ourselves by not believing everything on the internet and strictly confining ourselves to social distancing norms and ensuring proper sanitation and hygiene. To nurture our mental well-being and boost positivity, we, among all other uplifting exercises, can get hold of some good movies to watch. Movies can not only act as a reliable companion in this time of distress but would also provide us with enough distraction from the factitious hypes and offer us a safe passage out of anxiety. Merging it with another concern which is a claim that the Assamese movies are to be found nowhere to be watched or re-watched after getting down from the theatres, listed below are some fresh titles that deserves to be viewed and there’s no better time than now.

While dedicated streaming sites for streaming Assamese cinema like Movietonne, Cinemas of Assam, arrive and vanish, this unavailability of the movies post-release is also a strong cause for the struggle for popularity of Assamese cinema. However, if we know the right places to look at, we can definitely find some beautiful and enjoyable Assamese movies in some other parts of the internet. Here’s a suggested few in no particular order.

Suspended Inspector Boro – A wacky investigation drama that also works as a thrilling action bonanza, Suspended Inspector Boro has its fine moments of rib tickling humor, something that Kenny D Basumatary is known for. Suspended Inspector Boro follows the story of a rough and tough cop who is covertly assigned the task of finding a missing girl while under suspension. What follows is a madcap journey of a cop with stern moral codes breaking bones of those on the wrong side of the road, a badass villain, spies, extortion, kidnapping, and everything that an investigative thriller can boast off. Add to it the witty dialogues, an energy filled narrative, whimsical commentary and a focus on meta-humor which makes this instant crowd pleaser comical and intense at the same time. Suspended Inspector Boro is available for rent in both Assamese and Hindi audio with English subtitles at Moviesaints (moviesaints.com).

Maj Rati Keteki – Maj Rati Keteki is probably the biggest escape here to a world of unadulterated innocence and love where human nature is examined on the face of adversity. Of a writer who is unable to shake his past as it continues to influence his present, it is an exploration of the various shades of human frailty and how they correlate and lap over that it ends up changing everything. Not only it comforts and satisfies but also moves us to the extent that we no longer are the same person after the end credits roll. Santwana Bardoloi’s Maj Rati Keteki pulls us in and leaves us amidst of love and loss, grief and despair, that when it’s over, we feel completely changed by the journey. Maj Rati Keteki is available for streaming with English subtitles at Netflix (netflix.com).

Aamis – An inhumanely humane tale of love which is one of the most divisive Assamese movies of recent times Aamis is a blowout-horror in disguise of a love story that shakes us to the core first and then makes us feel good about that feeling. Bhaskar Hazarika’s film which has a lot to say about social taboos and consequences of addiction morphs a very familiar premise of a married woman and a young man bonded by their love for food with a horrific tale of repressed desires. Presented in the darkest way possible, Aamis, without compromising on any of its beauty, leaves a beguiling impression on the heart, mind and appetite of the viewer and definitely gives something to think about other than what is happening outside. Aamis is available for rent on Moviesaints (moviesaints.com).

Alifa– As real as it gets, Alifa is Assam based filmmaker Deep Choudhury’s grimy portrayal of life in the shadows of the sunny suburbs and fragile human conditions pitted against a human-nature conflict. Of one migrant family’s hardships and misfortune that comes along their struggle for survival, Alifa, which is made in Assamese and the Mymensinghiya dialect, holds these subaltern voices at its core. It offers a desolate look at the marginalized and their lives entangled in conflicts of nature and the politics of living. Watching it will help alleviate our self-pitying concerns during lockdown by exposing us to a rough scenario of being unsheltered and helpless which is far worse than where we are now. Alifa is streaming on ErosNow (erosnow.com), Google Play Movies and for free on JioCinema (jiocinema.com).

Village Rockstars and Bulbul Can Sing – There is a reason why these two award winners by Rima Das are viewed as complementary to each other or belonging to the same universe. If not enough has been already said about both the films, they should be watched for their humane, delicate and raw storytelling sometimes often at the cost of some minor technical imperfections. But it doesn’t matter when it is compensated for by the amazing portrayal of nature, flood, rain and the dusky skies and beautiful emotions of coming of age and the challenges of growing up very which are reflective of our own. While Bulbul Can Sing ranks below compared to Village Rockstars, it is an eloquent meditation on finding oneself and one’s own voice, a bold and beautiful film in its own regard. A re-watch of these films can certainly help ease anxiety. Both Village Rockstars and Bulbul Can Sing are streaming on Netflix with English subtitles (netflix.com).

Some other Assamese films that are available to stream are – Antareen (ErosNow and JioCinema), Othello (ErosNow and JioCinema), Bokul (Moviesaints), Kothanodi (Moviesaints), Dooronir Nirola Poja (Google Play Movies), III Smoking Barrels (Netflix), Haanduk (ErosNow, JioCinema and Google Play Movies). A new dedicated streaming platform for Assamese cinema has also been launched by the name of 70mmFlix which hosts a library of both old and new releases including Dur, Beautiful Lives, Chor, Marksheet and so on.