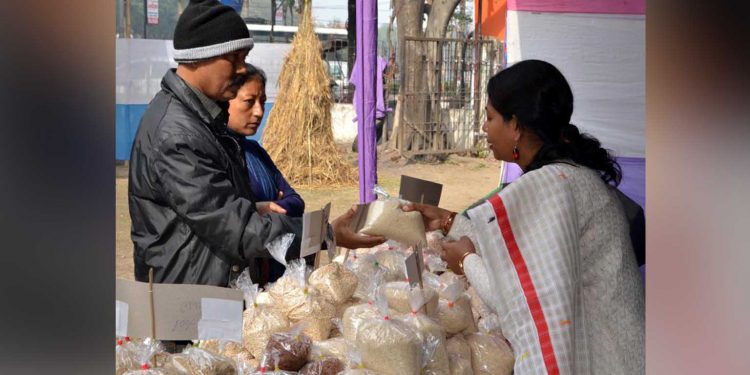 As the nationwide lockdown has been extended to May 3, which overlapped Rongali Bihu in Assam, the small scale entrepreneurs have been the worst affected.

These enterprises mainly include those involved in the manufacturing of traditional Assamese dished like pitha and laru.

The Bihu season is one of the peak seasons for their businesses to boom.

Usually, this untapped unorganized industry fetches a good margin of profit in the festive season.

This  Rongali Bihu, however, has cast aspersions as such entrepreneurs stand to incur massive losses during the lockdown that has driven 1.3 billion Indians indoors.

Guwahati-based Bhogali Food Products Pvt Ltd, one of the iconic company of Assam producing traditional Assamese delicacies is also facing the heat of the lockdown.

Bhogali Foods founder Ajit Sharma Baruah said that this year, his enterprise will face a loss of over Rs 40 lakh due to the lockdown extension.

“Production has been stopped from March 22. During this season we sell pithas of around Rs 50 lakh. However, this time the sale and distribution have been affected,” he said.

“We only have a little stock left and this will fetch us Rs 4 lakh through our retail outlets spread across Guwahati, Mangaldai, Nalbari, Jorhat, Golaghat and Sivasagar. This will reprieve us to some extent,” he added.

“If stored properly, they can be served till a month of their preparation,” she added.

Saikia said that it is a double whammy for the industry which also suffered in the wake of the protests against the Citizenship Amendment Act.

The unorganized sector is believed to be covered as many as 25,000 workers and traders who are either directly or indirectly involved in the trade.

“The trend of people buying readymade pitha, laru and sandoh are rising as they don’t have time or the skill to make the traditional food items relished during the harvest festival,” said Narji Khandakar a homemaker of Baihata Charali in Kamrup(Rural).

Assam health and finance minister Himanta Biswa Sarma also visited the doctors and nurses at Hotel Taj Vivanta in Guwahati on Tuesday who is under mandatory quarantine at the hotel after treating COVID19 patients.

Minister Sarma met the 43 doctors and nurses and expressed his gratitude to them for their dedicated service. He also offered them Bihuwan, Laru-Pitha on the occasion of Rongali Bihu and Assamese New Year.