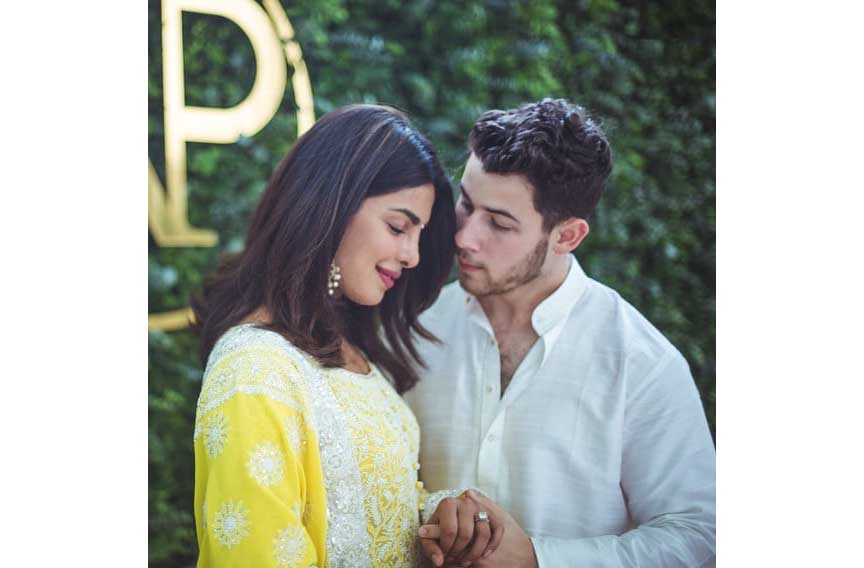 Assam Tourism Brand Ambassador Priyanka Chopra who hosted her engagement party in Mumbai after her roka ceremony with Nick Jonas on Saturday, reportedly invited only Ranveer Singh and not Deepika Padukone to the party. Deepika and Priyanka have earlier worked together in Sanjay Leela Bhansali’s 2015 film Bajirao Mastani. Deepika and Ranveer will get married in November this year, as per reports.

A report appearing in INDIA TODAY stated that Nick Jonas and Priyanka Chopra made their engagement official on Saturday, with a traditional roka ceremony in the morning, followed by a private party at night. The guest list was exclusive, as the couple had invited only around 20 friends and family.

The report further stated that Bollywood superstar Alia Bhatt, cousin Parineeti Chopra came to party with Nick and Priyanka. Ranveer Singh was reportedly invited to the function, but couldn’t make it. Interestingly, rumour has it that Deepika was not on the guest list.

Sources said, “Deepika has always been supportive of Priyanka and she would have definitely gone to wish her if she was invited. In fact, everyone knows Ranveer and DP are a couple and will walk down the altar this November. So, it’s odd that PC left Dippy’s name out of her guest list. Who does that? Why would you invite one half of a couple and leave the other one out?”

Deepika and Priyanka had earlier worked together in Sanjay Leela Bhansali’s Bajirao Mastani (2015). After keeping the media guessing for months, Nick and Priyanka confirmed their commitment to each other in romantic Instagram posts. PeeCee captioned the photo, “Taken… With all my heart and soul…”

Nick Jonas, on his part, wrote on Instagram, “Future Mrs Jonas. My heart. My love.” The couple is expected to tie the knot soon. It may be recalled that Priyanka Chopra visited Jorhat in Assam in April this year for a three-day shoot to promote Assam tourism.