The dancers will interact with about 80 selected teachers and students 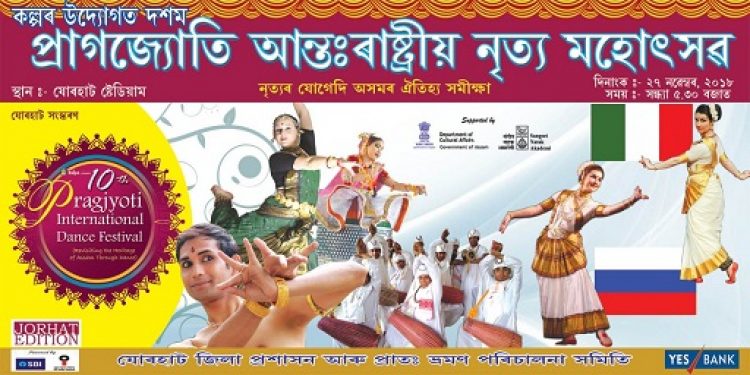 Jorhatians are in for a treat with the 10th edition of Pragjyoti International Dance festival to be held on Tuesday from 5.30 pm at the Jorhat stadium complex.

The fest being held for the first time here has been organised by the district administration in collaboration with the Pratahbhraman Parisalona Samiti and will be open for all.

Advocate Rintu Goswami, who is so the secretary of the Samiti, said that there would be five dance programmes including two from abroad.

There will also be a troupe from Manipur and also a dancer from Bangalore.

“From Assam, the Jorhat Satra Mahavidyalay will perform the Sattriya dance, the State’s classical dance and Jorhat Dance Academy will perform a medley of the folk dances of Assam, ” Goswami said.

He further said that the dancers from abroad had already arrived.

Goswami said that on Tuesday morning at 10 at the Deputy Commissioner’s conference hall, the dancers would interact with about 80 selected teachers and students, each of them giving a brief description of the dance steps and hand movements for a better understanding.

A press communique issued by District Information and Public Relations Officer Sarodi Gogoi said the festival was considered to be a Festival of Harmony as it brought nations closer through the medium of dance.

Goswami said that this was the beginning of many more such programmes which would promote harmony and brotherhood among states and people.