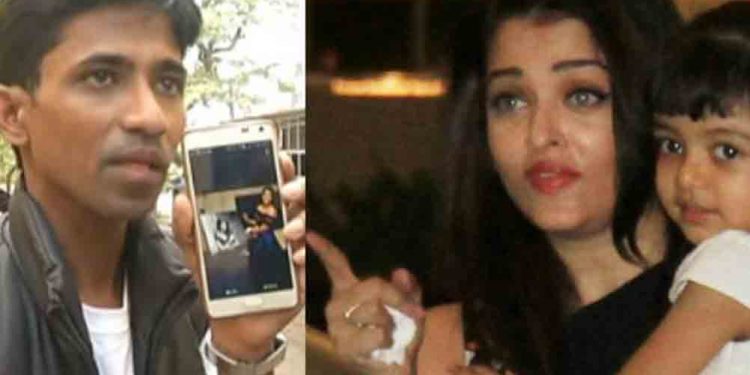 Millions of fans of Bollywood star Aishwarya Rai’s friends are shocked as a video of 2018 has gone viral claiming that she had given birth to a boy in 1988 in London.

Fans know that the beauty queen-turned Bollywood actress is mother of only one daughter, Aaradhya Bachchan.

And, Aishwarya and Aaradhya are one of the most loved mother-daughter duos of Bollywood.

But, a youth named Sangeeth Kumar from Mangalore claimed through a popular TV channel that he is Aishwarya Rai’s first child, My Nation has reported.

Sangeeth claimed in the TV interview that he was born in 1988 in London through IVF.

The youth also claimed that he was raised for two years by Aishwarya’s parents Brinda Rai and late Krishnaraj Rai.

Sangeeth said his father Vadivelu Reddy later brought him to Vishakpatnam when he was only two years old.

However, Sangeeth doesn’t possess any official documents to prove that Aishwarya Rai is his mother. He said his relatives had destroyed the records.

It is surprising because as per records, Aishwarya Rai was born on born November 1, 1973, and if Sangeeth Kumar’s claim is to be believed, she had delivered the baby boy at the age of 14.

While Aishwarya always been one of the focal points of Bollywood gossips, she is yet to respond to the claims of Sangeeth Kumar.