3 films from Northeast selected to be screened at IFFI 2019 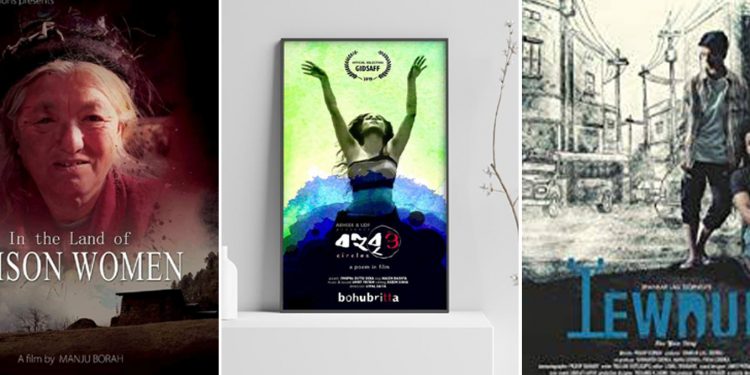 Three films from Northeast India have been selected for screening at the 50th International Film Festival of India (IFFI) 2019 to be held from November 20-28 in Goa.

Close to 250 films from various countries will be screened at the premier movie extravaganza.

Award-winning Assamese filmmaker Manju Bora’s ‘In The Land of Poison Women’, made in Pangchenpa language of Arunachal Pradesh, has featured in the list, say media reports.

‘Bohubritta’, a poetry film by Assam’s filmmaker Utpal Datta, has also been selected to be screened at the IFFI 2019 in the non-feature film section.

Another filmmaker from the Northeast, Pradip Kurbah’s ‘Iewduh’, made in Khasi language, has also been in the official selection list of the film festival.

Meghalaya’s award-winning filmmaker Pradip Kurbah’s ‘Iewduh’ has become the first film from the state to be premiered at Busan International Film Festival (BIFF).

‘Bohubritta’ (Circles), which is the latest non-feature film by Datta, has already been screened in several international film festivals.

BOHUBRITTA a poetry film by Utpal Datta has been selected to Indian Panorama of IFFI 2019. Mr Datta is serving Prasar Bharati as AD(P) at AIR Ranchi. pic.twitter.com/5h8PoTiP1o

It was also in the list of official selection in Lift-Off Global Network, UK.

This short film in Assamese language was also selected for the 4th Edition of Cefalu Film Festival 2019 in Italy.

Poetry film is a subgenre of film that fuses the use of spoken word poetry, visual images and sound to create a stronger presentation and interpretation of the meaning being conveyed.