Dr. Ramesh Pokhriyal ‘Nishank’ assures IIT-G of all possible support in terms of further strengthening of infrastructure and providing other necessary resources 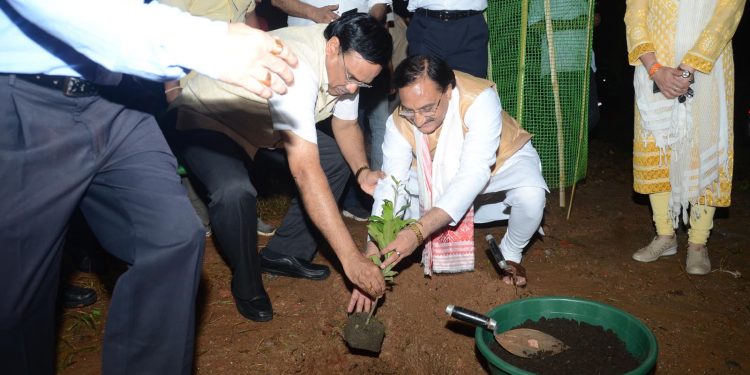 Dr. Pokhriyal ‘Nishank’ expressed his satisfaction over the rapid growth IIT Guwahati has achieved during the twenty-five years of its existence.

He congratulated the director, faculty members and students for the academics and world class research work being carried out in the institute and for developing world class infrastructure including state-of-the-art equipment and machineries for carrying out research in advanced frontiers of science and technology.

He said that the efforts of the Institute have also ensured International rankings where IIT Guwahati is placed at 491 (QS World Rankings 2019) in overall and 79 among the Young Universities (under 50 years of age) categories respectively in the world.

The union minister assured the institute of all possible support in terms of further strengthening of infrastructure and providing other necessary resources.

Dr. Pokhriyal ‘Nishank’ urged the faculty members to work on the areas of strength of the Institute and be the best in those areas.

He assured that funds would never be a constraint for those institutes who carry out research works in solving problems of the citizens of the country and ensure technology reaching the households of the common man.

The union minister emphasised on joint work with other top notch academic institutes of the country for solving the myriad problems of basic amenities that the citizens of the country face.

He also asked IIT Guwahati to work closely with other institutions of the northeastern region, which is a priority for the Government, to guide the region in to a new era of progress and development.

During the visit, the union minister planted a sapling in the campus, Konwar further informed.