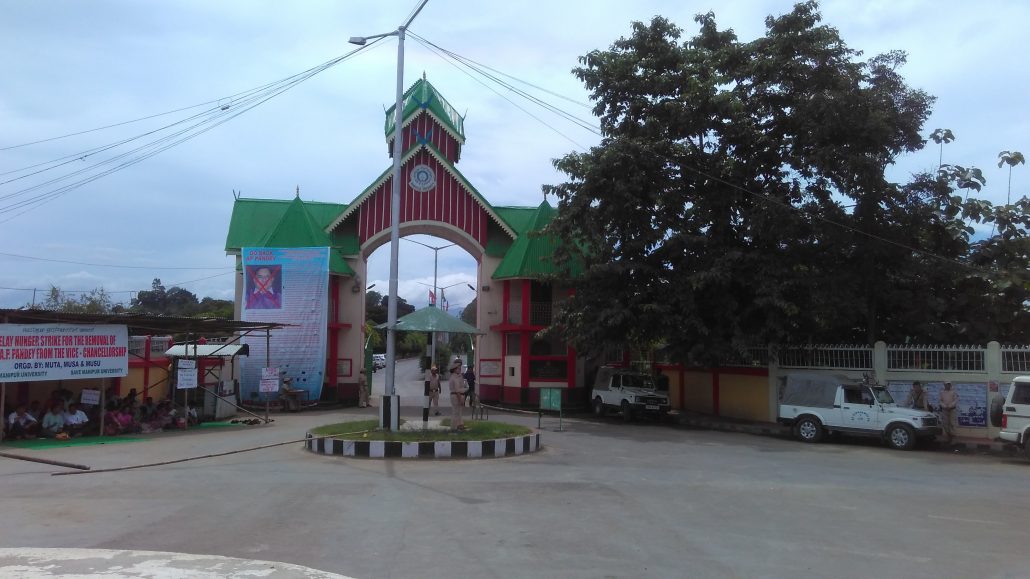 The Manipur University community taking a U-turn on Saturday said it will not adhere to its earlier commitment of suspending their ongoing agitation.

This decision, it said, has been prompted by the fact finding committee’s violation of the agreement reached between the varsity community and the State and Central governments.

Interacting with media at the office of Manipur University Teachers’ Association (MUTA), on Saturday, its spokesperson, Debananda Ningthoujam said that a memorandum of agreement was signed on August 16 between varsity community and the State and Central government representatives in presence of State Chief Minister, N Biren Singh and his council of ministers, after holding a meeting for three consecutive days.

He said as per the agreement, Vice Chancellor Adya Prasad Pandey should be on leave during the period of inquiry, and until a follow-up action as recommended by the inquiry report is clear he should remain on leave.

However, he said unfortunately this clause was completely dropped in the order of HRD Ministry reconstituting the fact finding committee.

Moreover, the order has also excluded the clause of making the inquiry report available to the varsity community as clearly mentioned in the agreement, added the spokesperson.

He also said that the agreement was signed after the varsity community had put pressures to bring normalcy in the university considering the career of the student community, but unfortunately the HRD ministry has omitted two important clauses of the agreement.

As the order of reconstituting the fact finding committee has not mentioned anything about his leave, there is an apprehension that Pandey will resume his official duty when his private leave taken on August 2 ends, which is a violation of the agreement, said the spokesperson.

Meanwhile, the varsity community appealed to all the people of the State, especially the students’ community to bear the suffering as it is the only way to save the ‘parental university of the State and the future of Manipur’.