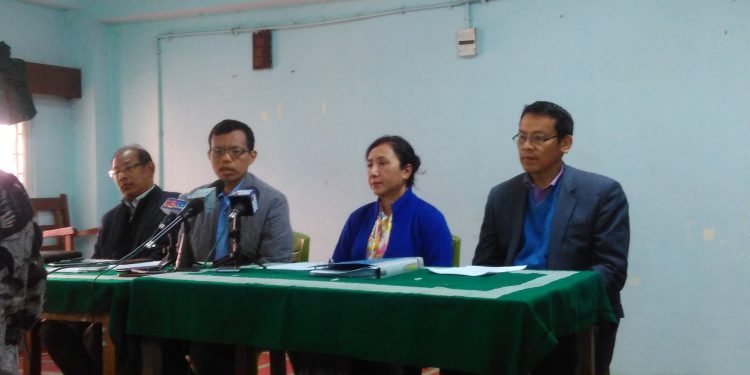 A total of 38,664 candidates including 19,824 female and 19,040 male candidates are appearing in the High School Leaving Certificate Examination 2020 of Manipur from February 17 to March 5 next.

This was announced by the top officials of the Board of Secondary Education, Manipur (BOSEM) headed by its chairman Th Kirankumar and secretary Dr Chithung Mary Thomas during a press conference in Imphal on Thursday afternoon. 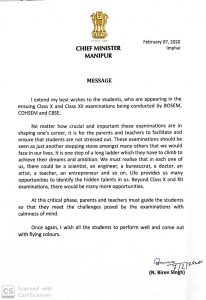 State chief minister N Biren Singh has extended his wishes to the candidates taking the board finals.

The three week-long examinations will be conducted across 140 examination centres in the State.

A total professionals numbering around 7000 to 8000 will be involved in conducting the examination which will have new reforms such as answer script having margins for all subjects except mathematics, graphs and maps besides watermarks of respective subjects for few subjects.

“We’ve also opened a control room to facilitate smooth conduct of the HSLC examination 2020,” he said.

“Complaints and clarifications based on relevant evidences can be had from the available officers,” he added.

In previous years, the students tend to mix the answers of these branches of subjects as the booklets were not separate.

As a result during answer correction, splitting of answer sheets according to subject branches became a problem.

Thus the new reforms were taken up and necessary sensitization programmes were also already conducted, the BOSEM chairman added.

As done last year, different subjects of science and social science papers will be evaluated separately.