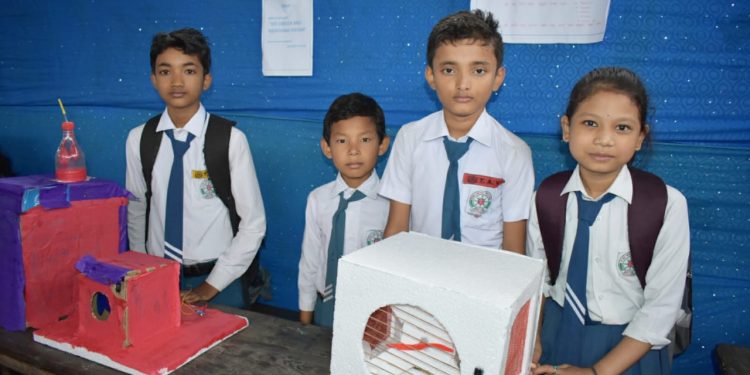 In a bid to build scientific temperament and stimulate creativity and address the curiosity of students in a positive manner, a day-long science exhibition was held at Tangla Adarsha Vidyapith on Saturday.

The exhibition was inaugurated by the principal of the pioneering private sector school of Tangla town in Udalguri district, Anjali Sarma.

The exhibition was graced as special judge by HoD of Zoology, Tangla College, A B Baruah and subject teacher of Harisinga Higher Secondary School, Banmali Nath. Both the judges praised the efforts of the school management for hosting the event which they opined forays the young minds into the world of science and technology.

A total of 50 attractive and innovative science models, mostly working models, have been displayed by more than 100 numbers of students ranging from Class three to 10 which drew appreciation from people.