Flying car PAL-V to be manufactured in Gujarat 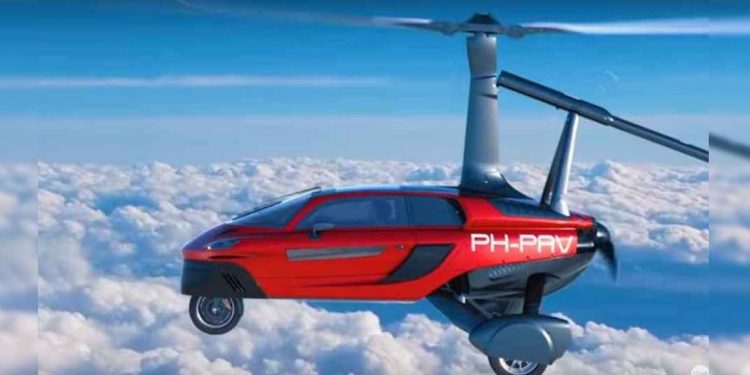 With an MoU signed with the Gujarat government, flying car-maker PAL-V of The Netherlands gears up to set up a manufacturing unit in India.

PAL-V, which stands for Personal Air Land Vehicle, has targeted to commence production at its manufacturing plant in Gujarat by 2021.

According to a media report, the MoU was signed in the presence of Gujarat chief minister Vijay Rupani between state Industries principal secretary MK Das and Carlo Maasbommel, vice president of PAL-V’s international business development.

The Gujarat government would help the Dutch car-maker in getting all necessary approvals from the Centre for the plant in Gujarat, said a press statement.

The flying carmaker has chosen Gujarat for its “world class infrastructure, ease of doing business and better port and logistic facilities”, said Maasbommel.

Maasbommel also said the cars manufactured in Gujarat would also be exported to different countries including the United States and European nations.

The vice president of PAL-V’s international business, Maasbommel, informed Gujarat chief minister Rupani that the company has so far received orders to export 110 such flying cars.

The report quoted Maasbommel as saying: “The PAL-V flying car, having two engines, can run at a speed of 160 kilometres on road and can fly at a speed of 180 kms.

“The car can turn into a flying vehicle in just three minutes and cover a distance of 500 km on a full tank,” he added.

The PAL-V Liberty is a combination of a car and an autogiro, or gyroplane.

To operate the flying car, both a driver’s license and an autogiro pilot’s license are required.

To run the vehicle on the ground, the propeller and rotor are stopped and power is diverted to the wheels, allowing it to travel as a three-wheeled car.

With the public launch of the PAL-V Liberty in February 2017, PAL-V started its marketing campaign and announced that they have started selling the first commercial flying car.

The production model was first publicly shown at the Geneva Motor Show in Switzerland on March 6, 2018.