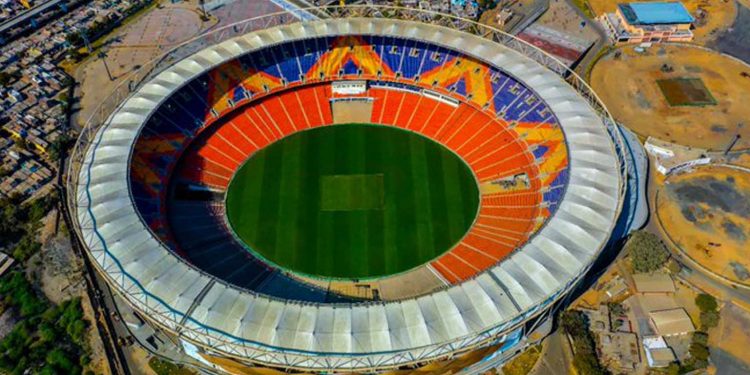 The Board of Control for Cricket in India (BCCI) on Tuesday announced that the Motera Stadium in Ahmedabad, Gujarat, will be the world’s largest cricket stadium.

Australia’s Melbourne Cricket Ground, which is currently known as the world’s largest stadium, has a seating capacity of 100028.

The Motera Cricket Stadium, which has been constructed at a cost of Rs 700 crore, will have a parking capacity for 3000 cars and 10000 two-wheelers.

It will also feature a clubhouse with 55 rooms, a large swimming pool, gymnasium, party area and a 3D projector theatre room.

The stadium will also have a cricket academy, indoor practice pitches, top quality food courts and facilities for playing other sports.

US President Donald Trump will inaugurate the stadium when he arrives in Ahmedabad on Monday on a two-day visit.

As per reports, India will host England in a day-night Test in the newly constructed stadium.