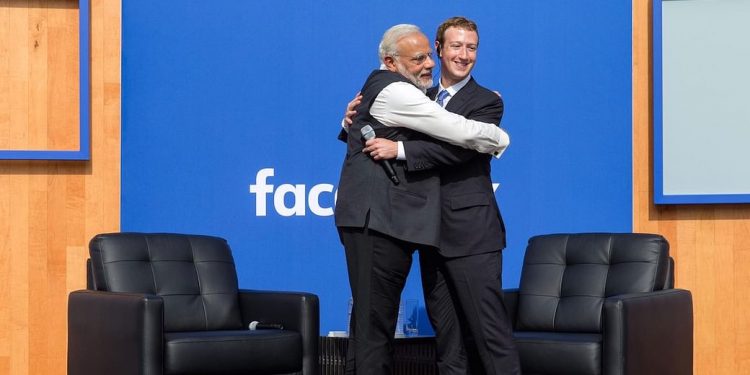 Facebook has come under fire in India after the opposition Congress alleged that the social media platform overlooks ‘hate speech’ by BJP leaders.

The Wall Street Journal reported that Facebook turns a blind eye to ‘hate speech’ and objectionable content allegedly pushed by the leaders and workers of the ruling BJP.

The social media platform has become the latest flashpoint between the Congress and the BJP.

Former Congress chief Rahul Gandhi on Sunday alleged that the BJP and the Rashtriya Swayamsevak Sangh (RSS) control Facebook and WhatsApp in India.

They spread fake news and hatred through it and use it to influence the electorate.

Finally, the American media has come out with the truth about Facebook. pic.twitter.com/Y29uCQjSRP

“They spread fake news and hatred through it and use it to influence the electorate. Finally, the American media has come out with the truth about Facebook,” Gandhi tweeted.

The Congress has demanded for a Joint Parliamentary Committee to look into the issue, and placed The Wall Street Journal article as evidence of the alleged social media manipulation by the BJP.

The article reported that an executive of Facebook had said punishing violations by BJP workers “would damage the company’s business prospects in the country”.

But, the BJP has categorically denied the allegations, stating that Congress needs to look within. It also cited the Cambridge Analytica data scandal and said the Congress should not point fingers.

Facebook said on Monday that it prohibits hate speech and content that incites violence and enforces these policies globally without regard to anyone’s political position or party affiliation.

A section of vernacular digital media projects in India have been complaining that their visibility on Facebook News Feeds goes down substantially if their stories are against the incumbent government.

Apparently, visibility of some of the Facebook pages go down substantially after being hit by negative feedbacks.