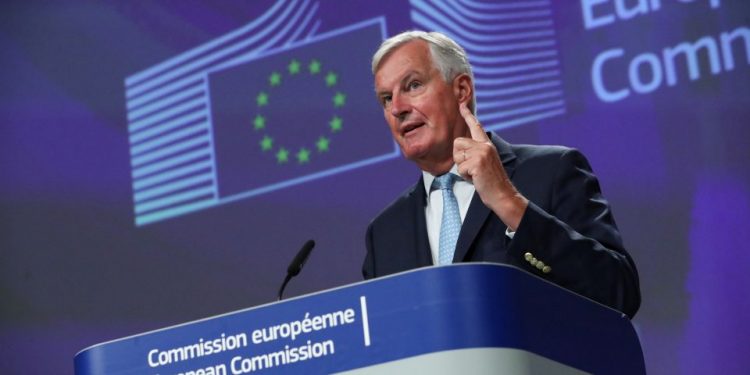 While both the European Union and Britain are going slow on post-Brexit ties, the negotiators now been found engaged in a blame game.

Michel Barnier, the chief negotiator for the EU, and his British counterpart David Frost are still unable to progress any further, and are blaming each other.

Frost, said a deal on post-Brexit ties was possible, but would not be an easy thing to achieve.

On the other hand, Barnier said members of the EU, who are keen to see the negotiations progress quickly, are disappointed.

On January 31, Britain became the first country to leave the EU, and its relationship with the EU is now governed by a transition arrangement.

The transition agreement between London and Brussels has kept the EU rules in place.

And now, the EU and Britain need to negotiate on a new post-Brexit agreement to be effective from 2021, primarily on trade, transport, energy and security.

Frost is of the opinion that there significant areas in the post-Brexit deal, which remain to be resolved, and even there is a lot of detail to work through.

The British negotiator is worried as time is short for both sides to iron out the differences.

The EU negotiator is sticking to the point that Britain can continue trading freely with EU market on condition that London guarantees a fair competition.

Without the post-Brexit agreement, trade and financial ties between the EU and Britain would come to a grinding halt, and would cause a serious impact amid the Covid19 pandemic.

Apparently, there are strong disagreements on state-aid rules and fishing quotas, and both have played an important role in slowing down the post-Brexit deal.

Moreover, there are serious differences migration and security issues between the EU and Britain.