The Fastest Commercial Airliners In The World 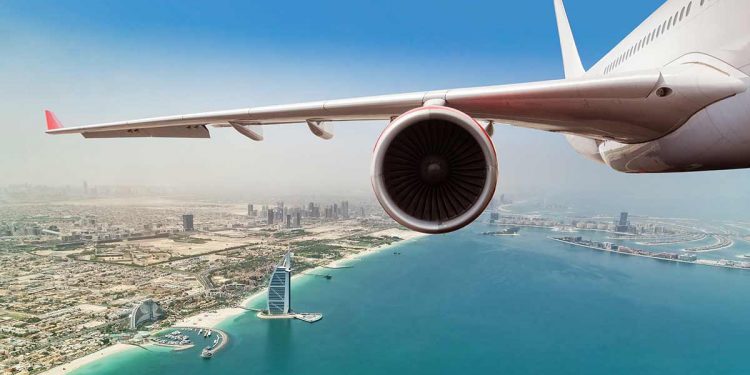 Flying at 60,000ft (18,3000m) – or more than 11 miles (18km) up – her pampered passengers were almost touching the edge of space, and could see the curvature of the Earth from their cramped leather-bound seats as they hurtled between London or Paris to New York in just 3 hours, arriving – by a trick of the timezones – even before they’d taken off.

Since Concorde’s retirement in 2003 there have been few chances for most of us to experience travel faster than the speed of sound although, technically, it still happens.

The super-light Dreamliner has previously been clocked at supersonic speeds of up to 776mph (1,249kph or Mach 1.01), although Its ordinary cruising speed is around 561mph (903kph or Mach 0.85), putting it squarely in the “transonic” class.

The 787s carbon-fibre composite construction, coupled with efficient modern engines, places it among the fastest aircraft in commercial service on the planet, and one of the cheapest to operate.

However, all of this record breaking by transonic jets is actually “groundspeed”, the relative velocity of the aircraft with respect to the ground below it, a bit like running down a moving walkway.

In contrast, Concorde reached and passed Mach 1 – the speed of sound – relative to the air around it, also known as “airspeed”. Above Mach 1, a plane is moving faster than the air around it can get out of the way, and shockwaves form on the nose – and tail. These shockwaves are experienced on the ground as “sonic booms”. The speed of sound at sea level with an air temperature of 15C/59F is 761mph (1,153kph).

Economics killed off Concorde. Even with her world-leader, celebrity and rock star passengers paying £4,350 for a one-way trip in 2003 (equivalent to £6,755 today), there simply wasn’t enough cash to pay the fuel bill at the end of the month.

Is supersonic back with a bang? 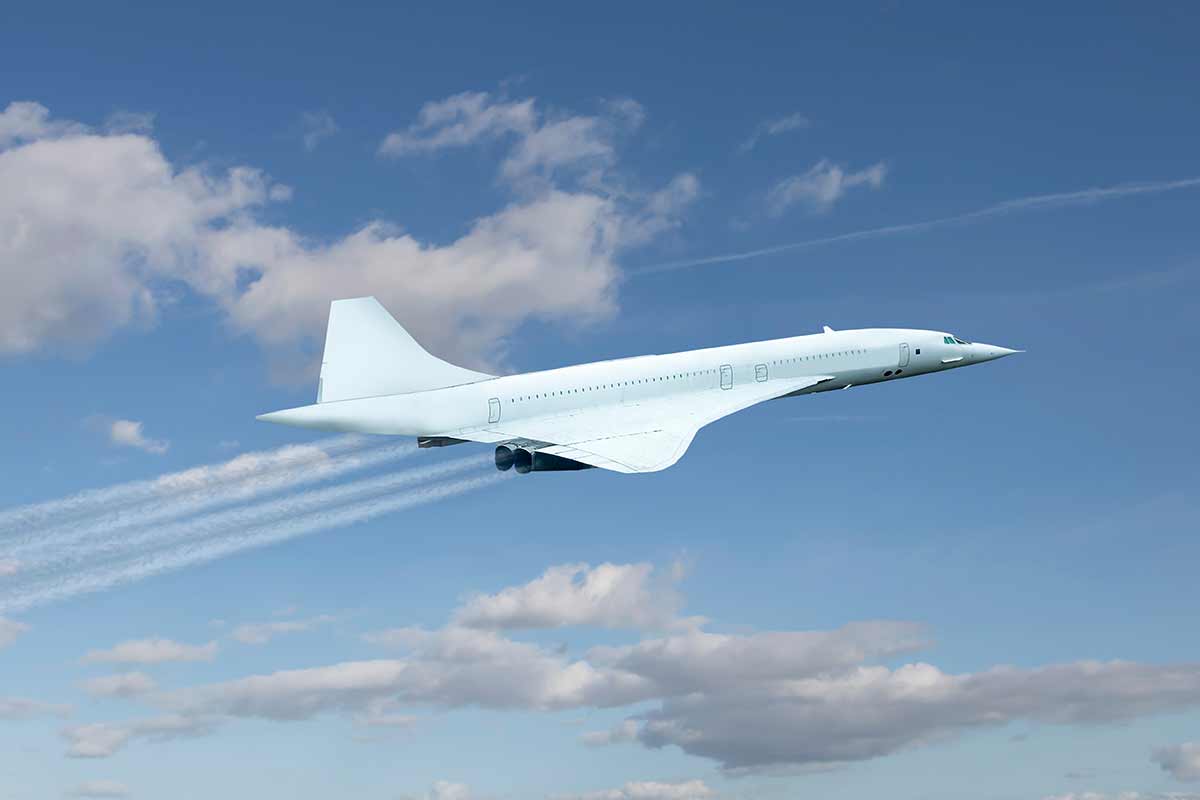 Surprisingly then you might think in these cost-conscious times, super-fast air travel could be set to make a quiet comeback, with noise reduction – alongside sustainability – being key factors.

NASA’s Low-BoomFlight Demonstrator program is looking at ways to get planes travelling at speeds of Mach 2.2 in comparative silence, with a first flight pencilled in as early as 2022, while private companies chancing their arm include Denver-based Boom Technology who are collaborating with Japan Air Lines in a $10 million programme. Boom says its one-way New York-London ticket will cost about $2,500 (£2,000), a third of the cost of a Concorde in today’s prices.

Until Concorde’s successor arrives at an airport terminal near you, plane makers are looking for ways to speed up existing aircraft. Earlier this year, the US jet engine manufacturer General Electric unveiled its GE9X engine which is as wide as a 737 holiday charter jet, and the biggest jet turbine in the world. The GE9X is destined to power Boeing’s new 777X, the latest variant of its twin-jet widebody airliner.

The 777 is already one of the fastest planes in the world, cruising at Mach 0.84, a little slower than its sister, the 787 Dreamliner. But the X-variant’s new GE power plants are up to 20% more powerful, with lower fuel consumption and carbon emissions and, coupled with aerodynamic changes to the wings and the use of lighter composite materials, the result is that this may not be the case for much longer.

Also pipping the old 777 at Mach 0.85 is the world’s biggest commercial airliner, AIrbus’s twin-decked four-engined A380 Super Jumbo, which can carry as many as 853 passengers up to 8,000 nautical miles. Singapore Airlines currently flies A380s non-stop from London to Singapore in a little more than 14 hours.

Still, as a result of lower than expected orders and destination restrictions imposed by the plane’s massive size, Airbus recently announced the end of A380 production, with the last one rolling off the Toulouse production line in 2021. Simply put, smaller planes can use shorter runways and less hi-spec terminal buildings, and risk fewer empty seats.

Jet has a Jumbo-sized advantage 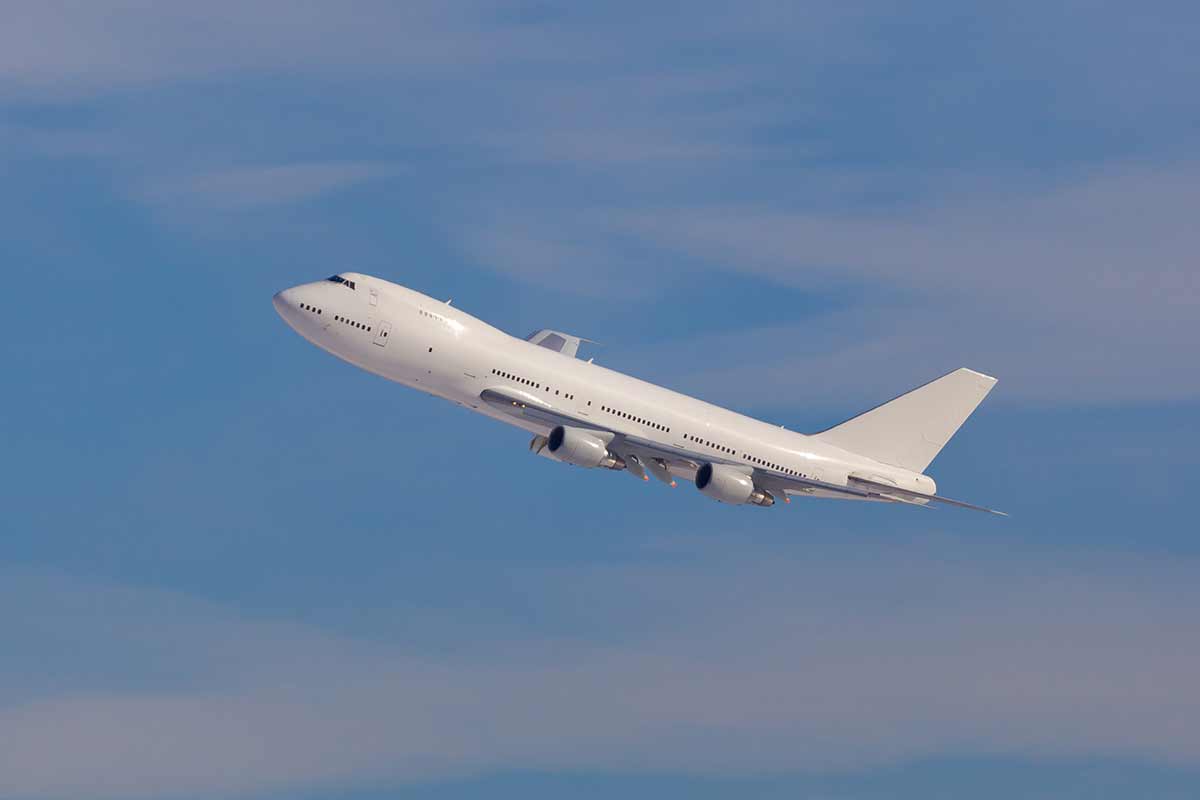 The 747-400’s new-generation engines use less fuel and provide greater thrust than the earlier 300 model, but it’s the Jumbo’s iconic humped fuselage which helps give the whole 747 family a speed advantage.

As the result of an aerodynamic quirk known as the Area Rule, the upper deck improves airflow over the fuselage and reduces drag. Ironically, the upper deck was included by Boeing bosses as a hedge against the success of Concorde and other supersonic projects, the thought being that if faster-than-sound travel became dominant, the 747 could be easily turned into a hinged-nose cargo carrier.

Among big operators British Airways stands out from the crowd. They have the world’s biggest fleet of 747s and say there are no plans to retire them any time soon.

Boeing also  boasts the world’s fastest commercial jetliner, another 747, the 8i or 747-8 Intercontinental. This most recent Jumbo variant, introduced in 2012, has new wings and engines and a tweaked fuselage. Its smaller size – it can carry up to just 342 passengers – also means that it’s lighter and more fuel efficient, reaching a cruising speed of Mach 0.86. All 747s have been officially certified by the Federal Aviation Authority for speeds up to Mach .92, but the 747-8 has been tested up to Mach .98.

Two years ago, the White House announced plans to buy two 8is – originally destined for the bankrupt Russian airline Transaero –  to replace the current Air Force One and Two – official transports of the President and Vice President.

But the growing expense of the massive hi-tech refit and essential security make-over raised the hackles of President Donald Trump, who told Boeing to cut costs. At the time of writing, the deal is still going ahead.