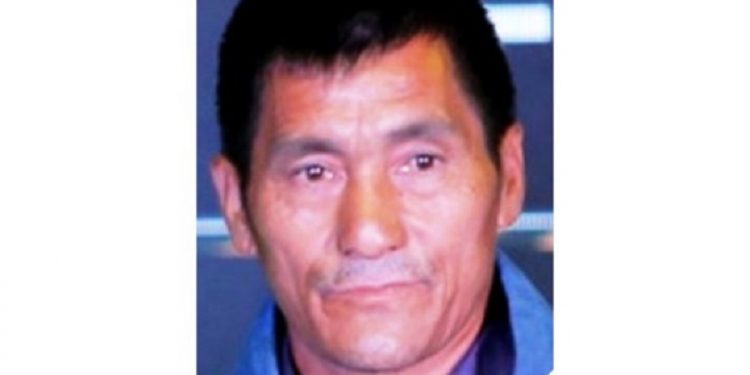 A forest guard of Nagaland named Alemba Yimchunger had been conferred with the ‘Earth Day Network Star Award’ by Earth Day Network, an international environmental NGO based in United States.

Yimchunger who works as a forest guard at Fakim Wildlife Sanctuary in Kiphire district has been honoured with the prestigious award for his efforts in conserving biodiversity in and around the wildlife sanctuary.

The director of the NGO’s species protection campaign M Lokeswara Rao said that Yimchunger played a major role in protection of forests and wild animals in and around Fakim sanctuary in his thirty years of service.

The Earth Day Network Star award is a prestigious recognition of those who do excellent work in the environmental field.

The NGO came into being on the first Earth Day on April 22, 1970.  Its mission is to diversify, educate and activate the environmental movement worldwide.

Rio wrote, “Congratulations to Alemba Yimchunger, Forest Guard at Fakim Wildlife Sanctuary in Kiphire for being conferred with ‘Earth Day Network Star’ by Earth Day Network USA, an international environmental NGO, for his outstanding work in conserving and protecting biodiversity in Nagaland”.

Yimchungher who hunted in his early days gave up that task and joined the Nagaland Forest Department as a camp guide at the young age of 17.

He also made sure that other villagers of Fakim also gave up hunting and educated them about the need to preserve biodiversity in spite of facing stiff opposition from the villagers at first.